Obesity is found to increase the release of tumor-promoting molecules from fat tissue and it is also associated with an increased risk of breast cancer, according to a recent study.

The study is published in Endocrine-Related Cancer.

The study found that fat tissue from people with obesity released increased amounts of extracellular vesicles (EV's) enriched in harmful and inflammatory molecules into the blood stream, which can alter breast cancer cells to become more aggressive and invasive.


‘Extracellular vesicles released from the fat cells of obese people is responsible for the increased risk of breast cancer. It can be a potential target for therapeutics in the future.’
Read More..


These findings suggest that substances released from fat tissue may increase tumor malignancy that could lead to new therapeutic targets and improved cancer treatments.

Obesity is a global, public health problem with rapidly increasing rates that has been linked to increased risk of breast cancer.

Breast cancer is the most common cancer among women and despite the well-known association between obesity and increased breast cancer risk, few studies have evaluated the role of fat tissue.

More of these vesicles are released from the fat tissue of people with obesity. A better understanding of how the contents of EV's may affect cancer cells could help explain the link between obesity and a poor cancer prognosis.

Professor Christina Barja-Fidalgo and her group, from State University of Rio de Janeiro, analyzed the effects of the fat tissue-derived EV's on breast cancer cells.

Fat tissue was obtained from obese patients who had undergone weight-loss surgery, and from lean people undergoing plastic surgery. These tissues were incubated in culture for 24 hours and the amount and type of substances secreted from both were compared.

The analysis showed that the fat tissue from obese patients secreted higher amounts of inflammatory molecules and also produced a greater number of small vesicles, which may increase breast cancer risk.

"When the extracellular vesicles carrying inflammatory molecules interact with breast cancer cells, we see they are able to modify their behavior, so that they become more aggressive with increased capacity to invade other tissues." Prof Barja-Fidalgo explains.

These findings demonstrate how obesity can induce alterations in fat tissue function, which may explain how obesity contributes to increased breast cancer risk, as well as why obese women are more likely to have a worse prognosis.

Prof Barja-Fidalgo adds: "Identifying these harmful fat tissue secretions in the blood of obese patients could be a new parameter to be monitored, as an indicator of cancer progress. Understanding the content of the vesicles released by fat tissue during obesity may provide new therapeutic targets and improve cancer treatment."

Prof Barja-Fidalgo now plans to investigate the characteristics and specific contents of extracellular vesicles released by fat tissue, to determine the main molecules associated with obesity-induced alterations in tumor cells and their modes of action. 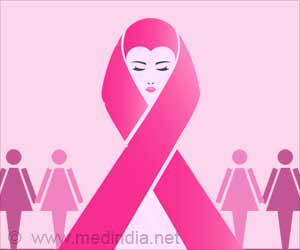 Breast Cancer Awareness Month - Let's Unite in the Fight Against Breast Cancer
Breast cancer awareness month is observed annually in October to educate and raise awareness among the general population about warning signs of breast cancer and the importance of early diagnosis and treatment.
READ MORE 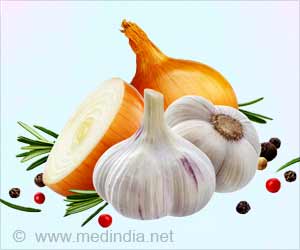 Onion and Garlic Consumption can Reduce Breast Cancer Risk
High intake of onion and garlic can protect you from developing breast cancer. Onions and garlic are rich in flavonols and organosulfar compounds. These compounds have anticarcinogenic properties that help fight against cancer.
READ MORE