Faster Cure for TB Thanks to New Findings on Drug Tolerance 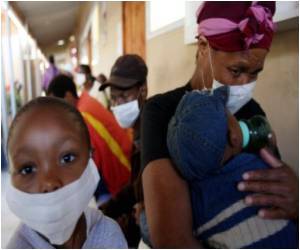 A new study might change the current tuberculosis (TB) treatment that requires a complex, long-term curative regimen of at least six months.

The results identify both a mechanism and a potential therapy for drug tolerance that is induced in the TB bacteria by the host cells they infect.

Drug resistance is often a problem in malaria, tuberculosis, HIV, sexually transmitted diseases and hospital acquired diseases. Judicious use of antibiotics can control the problem.
Advertisement
This tolerance to antibiotics occurs despite the absence of genetic mutations for drug resistance.

Senior author Lalita Ramakrishnan from the University of Washington and Paul Edelstein of the Department of Pathology and Laboratory Medicine at the University of Pennsylvania noted that adhering to six months of drug treatment is difficult, particularly in areas of the world where TB is prevalent.

An urgent goal is to overcome drug tolerance, yet most of the drugs in development will not shorten the lengthy treatment. This failure results from a poor understanding of the mechanism of TB tolerance.

"Drug tolerance has been largely attributed to TB bacteria that are dormant in the body and not reproducing. These postulated dormant bacteria are thought to be unaffected by the administered antibiotics that are most effective against rapidly growing organisms," said Lalita.

To understand how growing bacteria might be tolerant to drugs, the researchers turned to studying the human TB bacillus in human macrophages. They found that upon infecting macrophages, the bacteria deploy a structure called an efflux pump.

They found that these pumps are essential for the TB bacteria to grow within macrophages and are turned on possibly to get rid of host anti-microbial substances targeted to penetrate the bacteria and destroy them.

Paradoxically, it is the infected macrophage itself that stimulates the efflux pumps in the bacteria. The TB cell efflux pumps can also flush away medications, a mechanism, which may be contributing to multi-drug tolerance.

"Thus the TB drugs get caught in the crossfire in this pitched battle between bacterium and host," said Lalita.

Certain inexpensive medications are already available that can inhibit these bacterial pumps and thereby reduce multi-drug tolerance, the researchers noted.

The researchers suggested that adding this currently approved drug to TB therapy, or working to develop drugs that more specifically block the bacterial efflux pumps in TB organisms, might reduce multi-drug tolerance. If so, efflux pump inhibitors might be able to shorten the duration of curative treatment for TB.

The study will be published April 1 in the journal Cell.