Fart-producing Baked Beans to be Blamed for Global Warming! 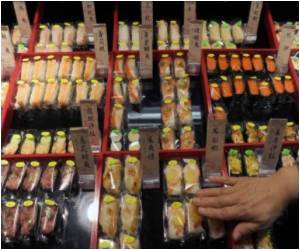 UK minister has warned about how fart pollution could rise due to baked beans and could be blamed for global warming.

Climate change minister Lady Sandip Verma was asked by Labour peer Viscount Simon, 73, if consumption of baked beans affects the calculation of global warming by the Government as a result of the smelly emission resulting there from, Daily Star reported.

Lady Verma replied that Simon did raise a very important point, which is that everyone should moderate their behavior.


Baked beans are extremely popular in the UK, with nearly 340 million pounds of the snack being consumed every year by the citizens.

Brit Man Has Shed 38 Kilos Just by Dieting Solely on Baked Beans
A Brit man weighing a massive 133 kilos lost 38 kilos when he went on a baked beans diet, and ate .....

Global Warming to Reduce Crop Yields Sooner Than Predicted
Researchers predict that global warming can reduce crop yields in many parts of the world starting ....