Famous Model Talks of Drug Past 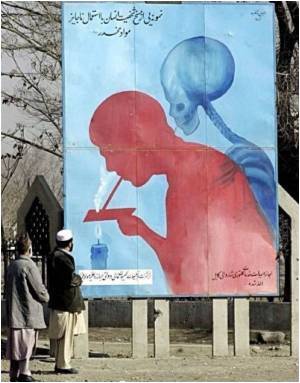 Naomi Campbell, famous supermodel in the fashion world talked of her troubled past with drugs in an interview with GQ magazine.

Having been abandoned by her father when she was just two months old, too young to have known him, she had only her mother who raised her up as a single parent. Campbell's partying lifestyle and her late entry into the fashion scene exposed her to drink and drugs. She started to take cocaine, not knowing the damage it would do to her.

When the truth did hit her, she had become addicted, and she knew she was killing herself. She is candid in her admission, "I didn't like the way I was. Drink and drugs are an allergy for me, and they don't make me a better person." She understood the devastating effects substance abuse was having on her life.

Nearly one in five Americans reportedly use prescription painkillers to experience an instant high. This could lead to the drug abuser turning entirely dependent on the contents of the drug.
Advertisement
<< Elderly Unable to Recognize Gaffes
New Approach for Monitoring Child Health >>

International supermodel Naomi Campbell has expressed her desire to be a mother but that would have to wait until she overcomes her drug addiction.
Advertisement
News A-Z
A B C D E F G H I J K L M N O P Q R S T U V W X Y Z
What's New on Medindia

Noscaphene (Noscapine) Drug Interaction Checker Find a Hospital The Essence of Yoga Accident and Trauma Care Indian Medical Journals Find a Doctor Loram (2 mg) (Lorazepam) Diaphragmatic Hernia Calculate Ideal Weight for Infants
This site uses cookies to deliver our services. By using our site, you acknowledge that you have read and understand our Cookie Policy, Privacy Policy, and our Terms of Use