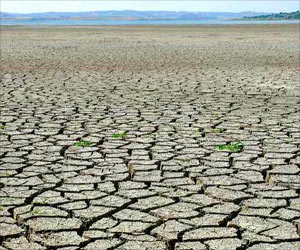 Famine may have a lasting impact on the male descendants of its victims, suggests new research focused on survivors of a mass famine that took place in the early 1920s in several rural regions of Russia.

The findings suggest that periods of fasting or starvation may significantly shorten the lifespans of both children and their male descendants.

Feast-and-famine diet extends the lifespan of an individual and prevents from the age-related diseases, finds a new research.
Advertisement
‘A variety of experimental and epidemiological studies have tried to propose that intermittent or periodic fasting, like caloric restriction, may slow the aging process and extend lifespans.’

"A variety of experimental and epidemiological studies have tried to propose that intermittent or periodic fasting, like caloric restriction, may slow the aging process and extend lifespans," said lead researcher Eugene Kobyliansky, Professor at Sackler School of Medicine, Tel Aviv University in Israel.


"But there is also evidence demonstrating that even moderate caloric restriction may not extend but, on the contrary, can shorten the human lifespan," Kobyliansky said.

Many families are surviving on one meal a day made from leaves, which have very little nutritional value. Or, they are even going without food for days.
Advertisement
Past research suggests a strong correlation between telomere dynamics and the processes that determine human ageing and lifespan.

Telomeres, compound structures at the end of each chromosome that protects the end of the chromosome from deterioration, are the genetic key to longevity. They shorten with every chromosome replication cycle.

The team evaluated telomere lengths in a population-based sample comprised of survivors of the mass famine of the early 1920s and in the survivors' descendants, who originated from Chuvashia, a rural area in the mid-Volga region of Russia.

In Chuvashia, the proportion of starving inhabitants reached 90 percent in late March 1922, and mortality among starving peasants reached between 30-50 percent. The situation only began to improve in April 1923. By the end of that year, the mass famine in Chuvashia was considered over.

The researchers found that here were shorter leukocyte telomeres in men born after 1923 after the mass famine ended than in men born before 1922. There was a stable inheritance of shorter telomeres by men born in ensuing generations, the findings showed.

But there was an absence of any correlation between shorter telomeres and women born before or after the event, said the study published in The American Journal of Clinical Nutrition.

Even 3 Years After Famine, More than 200,000 kids in Somalia Go Hungry

At a hospital in Mogadishu's Yaqshid district, hundreds of children suffer from acute malnutrition that get worse due to infections.
Advertisement
<< The Lifeline Express to Get More Coaches for Detection of O...
Go for Frozen Yogurt And Skip Ice-Cream >>