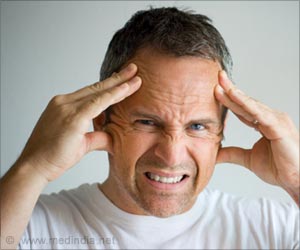 A new study says that frustration arising out of family stress can make managers verbally abusive towards subordinates at workplaces.

"We found that supervisors who experienced more family-work conflict were more likely to verbally abuse their employees," said one of the researchers, Stephen Courtright, professor of management at Texas A&M University in the US.

This mobile app comprises a public message board that can be viewed by all users, as well as a private board that is limited to employees of a given company.
Advertisement
‘Supervisors who experienced more family-work conflict were more likely to verbally abuse their employees because they experience higher levels of ego depletion, which then leads to more frequent displays of verbal abuse whenever they get chance.’


Ego depletion is the inability to control one's impulses due to mental exhaustion, Courtright said. "And family-work conflict occurs when family demands or problems affect one's ability to work," he said.

During stressful arguments, men prefer to suppress their emotions while women prefer to vent out, says a new study.
Advertisement
To examine the connection between problems at home and abusive supervision, the researchers first sent surveys over a four-month period to more than 150 mid-level managers and all of the employees who report directly to them at a Fortune 500 company located in the US and Canada.

They then expanded the study to nearly 100 mid and senior-level managers in organizations spanning 20 different industries across the US.

The researchers found that supervisors take out their frustration with home problems on their employees. The investigation also revealed that female supervisors were more likely to verbally abuse employees.

"Women have traditionally been expected by society to divert more attention away from work and towards home when family demands and stress arise," Courtright said. "As a result, women end up experiencing higher levels of ego depletion, which in turn, means displaying more abusive supervision," Courtright said.

The study was published in the Academy of Management Journal.

A new survey has found that people who eat noisily at work are the biggest turn-off for their colleagues.
Advertisement
<< Hanging Out on Bench is Good for You: University of Sheffie...
Bicycle Marathon to Spread AIDS Awareness in Remote Areas >>

Can Clinically Depressed People Differentiate Between Anger, Guilt and Frustration ?

A recent study was conducted to find out if people with clinical depression were able to differentiate negative emotions just like normal people?

Find a Doctor The Essence of Yoga Indian Medical Journals Sinopril (2mg) (Lacidipine) Calculate Ideal Weight for Infants Iron Intake Calculator Blood - Sugar Chart Pregnancy Confirmation Calculator Find a Hospital Vent Forte (Theophylline)
This site uses cookies to deliver our services. By using our site, you acknowledge that you have read and understand our Cookie Policy, Privacy Policy, and our Terms of Use