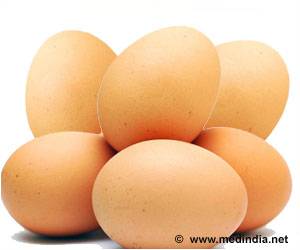 Pork and bacon lovers around the globe are facing severe shortage next year after a British trade association warned that a global shortage was "unavoidable".

Annual production for Europe's main pig producers fell across the board between 2011 and 2012, a trend that 'is being mirrored around the world', Britain's National Pig Association warned.

The announcement by the National Pig Association is the latest warning of a global problem facing the industry and pork lovers everywhere.


According to the Daily Mail, the decline in pig numbers is closely linked to increased feed costs, an effect of poor harvests for corn and soybeans.

Genetically modified food and genetically modified organism (GMO) is the altered genetic material (DNA) in food or organisms, which does not occur naturally.
Advertisement
The decline in production could be worse in Europe. British Pig Executive Mick Sloyan told European retailers that pork losses could be as high 10 percent in the latter half of 2013, which could double pork prices.

All the evidence predicts that in 2013, there will be far fewer pigs around to satisfy the nation's appetite for those irresistibly salty, succulently fatty strips.

Last month, the U.S. Department of Agriculture warned that the 'Summer' drought in the Midwest would impact next year's pork production.

Seven Surprisingly Healthy Foods
News Archive
News Resource
Advertisement
News Category
Do Instant Formula Foods Cause More Harm Than Good? Is a Plant-based Meat Healthier Than Animal Products? Are You Eating Enough Fiber to Stay Healthy? Preventive Vitamin A Supplementation is Missed by 2 in 5 Indian Kids Does a Mother's Diet Affect the Quality of Breast Milk?
More News
Sign up for Wellness Consult a Doctor Sign up for Selfcare