Failure of US Army to Sense Distress in Troops 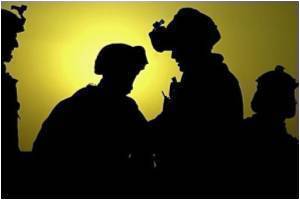 Leadership and discipline have worsened at home bases in the US Army that warning signals of suicidal soldiers are being completely missed by the officers in charge.

As the military focused on fighting wars in Iraq and Afghanistan over nearly a decade, senior leaders have failed to track reckless behavior and monitor alcohol and drug abuse among soldiers back home, said an army report on suicide prevention.

"Because of everything we're doing, we have not paid the attention we need to high-risk behavior," said General Peter Chiarelli, the US Army's vice chief of staff, who oversaw the report.


Senior officers had "rightly prioritized the number-one thing that they were going to do is to prepare their soldiers to go into harm's way," he said.

Suicide is an act of ending one's own life and it usually results from emotional isolations and inability to adjust and cope with one's environment.
Advertisement
But the army needed to improve "garrison leadership" at US bases and take steps to stop rising suicide rates, he said.

The general said "it's time for the army to take a hard look at itself, to sit down and say, okay, what are those things that came lower on our priority list that we need to reinstitute, reinforce and start doing to get at this problem?"

The report, titled Health Promotion, Risk Reduction, and Suicide Prevention, is the result of a 15-month effort to better understand the alarming increase in suicides.

The army reported 32 suicides in June, an all-time high, and so far this year 80 active duty soldiers and 65 soldiers in the reserves have committed suicide.

The report showed illegal drug use was increasing among troops and that the army did not have a clear idea of the scale of the problem.

Crime also was "on the rise and discipline is seemingly going unchecked," the report said.

About 1,054 soldiers who have committed two or more felony offenses are still serving in the army, it said.

The general said data showed soldiers who enlisted at an older age, about 28-29 years old, were three times more likely to take their lives, possibly because they had more personal or financial problems.

And suicides were more frequent among soldiers in their first year in the army, with the risk gradually declining the more time soldiers served in the force.

"We see more suicides in that first year than in any other years," he said.

There was no evidence that showed soldiers who had been repeatedly deployed in combat faced a greater risk of suicide, but Chiarelli said he still suspected that could be the case.

To combat suicides and a rise in depression and anxiety, the army hoped to increase the time soldiers had at home between deployments, he said.

The army hopes to soon give soldiers two years at home for every year deployed.

"We still have an Army that's out of balance," he said, referring to the strain of repeated combat tours.

Preventing suicides remained a difficult task, and some cases defied explanation, he said.

Chiarelli said there were about two or three suicides a month in which soldiers displayed no tell-tale signs of desperation beforehand.

"These are the ones that are so perplexing and difficult for us to understand," he said.

Top military leaders, including the chairman of the Joint Chiefs of Staff, Admiral Mike Mullen, have appealed to officers to ensure soldiers who need psychological help do not face ridicule or risk to their careers.

Chiarelli said the growing number of soldiers who are seeking help was a possible sign that the stigma in the military associated with psychological problems was starting to fade.

Defense mechanisms help with the coping strategy of the human mind to reduce stress and anxiety caused by a ...
This site uses cookies to deliver our services.By using our site, you acknowledge that you have read and understand our Cookie Policy, Privacy Policy, and our Terms of Use  Ok, Got it. Close
×