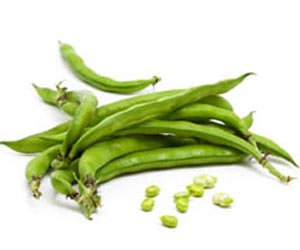 The antioxidant properties in faba beans can beat cancer and hypertension, according to a recent research.

Soy or Soya is a crop which has been cultivated from thousands of years. It belongs to the family of legumes.
Advertisement

In all cases, the rate of cancer cell death was accelerated. Siah said: "We know that antioxidant properties are potentially linked to anti-cancer properties, so we were trying to look for the connections."


Phenolic compounds are chemicals largely responsible for colour, metabolism and defensive mechanisms. Because they play a strong protective role against insects, they are often found in seed coats and hulls, reports the British Journal of Nutrition.

Cancer, is the second most leading cause of death worldwide. Cancer is not just one disease but many diseases. There are more than 100 different types of cancer. Take this quiz on and test how much you know about cancer.
Advertisement
Siah's doctoral supervisor Chris Blanchard from CSU's School of Biomedical Sciences said the research team, was astonished by the findings from experiments on anti-cancer and enzyme-inhibiting properties.

"We were absolutely blown away by the results," Blanchard said. Jennifer Wood co-supervised Siah's thesis with Blanchard. Izabela Konczak from Commonwealth Scientific and Industrial Research Organisation (CSIRO) Food and Sciences oversaw the experiments.

Wood said the experiment yielded an insight into the mechanism that inhibited the cancer cell multiplication.

Siah grew cultures of four cancer cell lines - bladder, stomach, liver and colon cancers - in flasks, then applied the phenolic compounds to them directly and waited 24 hours to measure the proliferation of cells.

The rate of cancer cell multiplication was greatly reduced once the faba bean extracts were applied. For a fifth type of cancer cell, acute promyelocytic leukemia, Siah applied a method called flow cytometry.

Blood pressure is the pressure of the blood flowing through your blood vessels against the vessel walls. Just by entering you age, you can get the accurate range of blood pressure value.
Advertisement
<< Neck Implant Eases Chronic Migraine
Reading Books at Age 4 may Help Boost Brain >>