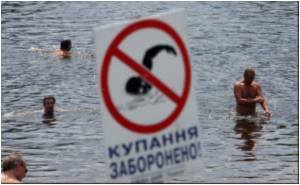 A new study has revealed that high greenhouse gas emissions have contributed to increase in extreme rain events seen in North America over the second half of the 20th century.

Another study reported that human greenhouse gas emissions likely contributed to the floods that inundated England and Wales in the fall of 2000.

It has emerged that an unusual feed supplement could soon put an end to cow belches, a major source of greenhouse gases.
Advertisement

How does this happen? Warmer air holds more water vapour. That means when rainfall gets triggered, the air contributing to the storm is holding more water than it did in the cooler pre-industrial world.


"Human influence on the climate system has the effect of intensifying precipitation extremes," the Washington Post quoted Francis Zwiers, a climate researcher at Environment Canada in Toronto, as saying.

Greenhouse Emissions may be Increased by Antibacterial Socks

Research indicates that silver nanoparticles have more of an impact on the environment than was thought.
Advertisement
The team collected 50 years of rainfall statistics and compared them to predictions made by computer simulations of the 20th century climate.

The study found that observed increase in deluges "cannot be explained by natural internal fluctuations of the climate system alone," said Zwiers.

Richard Allan, a climate scientist at the University of Reading in England, said, "There's already been quite a bit of evidence showing that there has been an intensification of rainfall" events across the globe.

In the second study, Pardeep Pall from the University of Oxford studied two sets of many thousands of computer weather simulations.

And though the research could not be absolutely sure that the floods had been triggered by greenhouse gases, "It's important to stress there is uncertainty in this work," said the University of Oxford's Myles Allen.

Both studies were published in Nature.

India's Greenhouse Emissions Would Never Exceed Those of Developed Nations