Exquisite Sausage Products can be Produced by Using Lupin Seeds 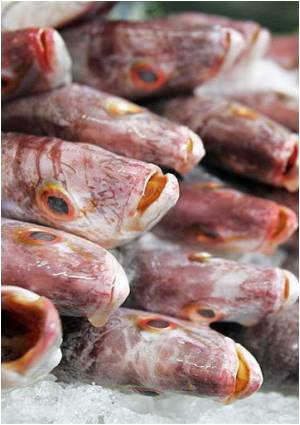 With its limited farmland resources this Earth will find it difficult to meet the already growing demand for meat products.

So there are high chances that vegetable ingredients could one day replace animal raw materials.

According to researchers at Fraunhofer Institute for Process Engineering and Packaging IVV, in Freising, Germany, plant-based food ingredients can be expected to play a particularly important role as a substitute for raw materials derived from animals.


They found that lupin seeds yield a creamy protein suspension suitable for the production of low-fat sausage products.

Peter Eisner and his team presented a 'milk substitute' made from lupin proteins and suitable as a basis for foods such as ice cream or cheese.

Cholesterol - The Pivotal Chemical in Low Cholesterol Diet
Advertisement
It contains no lactose, has a neutral flavor, is cholesterol-free and rich in polyunsaturated fatty acids.

Lupin seeds are also the basic ingredient in a new vegetable protein isolate with fat-like properties that has been developed by IVV researcher Daniela Sussmann.

A special production method applied to the lupin seed yields a highly viscous protein suspension with a very creamy consistency.

"The microscopic structure of this product resembles that of the fat particles in sausage meat. So you can use it to produce low-fat sausage products that taste just as good as the original," said Sussmann.

In sensory tests she investigated whether adding lupin protein could improve the juicy and creamy impression of a low-fat sausage recipe.

"By adding 10 percent protein isolate, we were able to markedly improve the fat-like impression of low-fat liverwurst," she said.

Since sausage products are among the foods with the highest levels of fat, this would certainly be a step in the right direction.

"Producing a kilogram of meat consumes between seven and 16 kilograms of grain or soybeans as animal feed," said Eisner.

"As a result, in the US around 80 percent of grain is fed to livestock," he said.

Compared to meat production, the cultivation of plants as a food source is considerably less land-intensive.

It takes 40 square meters to produce a kilogram of meat, yet that same space could produce 120 kilograms of carrots or 80 kilograms of apples instead.

To avoid obesity we must consciously control the quantity and the quality of fat that we eat and our daily intake of fat should contribute no more than 25% of our calories.
Advertisement
Advertisement