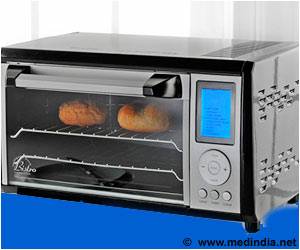 Babies born to women who are exposed to relatively high magnetic levels during pregnancy are at increased risk of being obese or overweight during childhood, according to a new study.

Researchers conducted the prospective cohort study, in which participating women in Kaiser Permanente's Northern California region carried a meter measuring magnetic field levels during pregnancy and 733 of their children were followed up to 13 years, to collect clinically recorded information on growth patterns. On average, 33 weight measurements per child were collected.

Researchers noted a dose response relationship with increasing in-utero magnetic field levels being associated with further increased risk of obesity or being overweight.


According to the authors, the observed association and supporting evidence provide the first epidemiologic findings that link increasing exposure to environmental magnetic fields, especially in-utero exposure, over the last few decades with the rapid rise in childhood obesity during the corresponding decades.

Microwave Cooking Does Not Cause Cancer: ARPANSA

Extensive research provides no substantiated evidence that microwave exposure could either cause or promote cancer.
Advertisement
"Pregnancy is a critical developmental stage that is among the most vulnerable periods to environmental exposures," said De-Kun Li, MD, PhD, a perinatal epidemiologist with the Kaiser Permanente Northern California Division of Research in Oakland, California, and the lead author of the study.

"These findings indicate that electromagnetic fields, from microwave ovens to countless wireless devices, may be contributing to childhood obesity risk. This finding could have implications for possibly reducing childhood obesity and better understanding the obesity epidemic. Like any scientific discoveries, the results need to be replicated by other studies," he said.

After controlling for a child's age at each weight measurement, child gender, maternal age at delivery, pre-pregnancy BMI, race, education level, smoking during pregnancy and breastfeeding, researchers reported a 50 percent increase of participants being obese or overweight for medium in-utero levels (1.5-2.5 mG), and an 84 percent increased risk for high in-utero levels (>2.5mG). An mG, or milligauss, represents a unit of magnetic field level or strength as measured using a gaussmeter.

Higher EMF levels have also been associated with diabetes in humans, being overweight and high glucose levels in animals, and ADHD in mice offspring, explained Dr. Li.

In the current study, among those children with longer follow-up time (to the end of the study), the observed association was stronger (2.35 times the risk of childhood obesity/overweight for in-utero MF level > 1.5 mG vs. = 1.5 mG).

The study appears in the current online version of Nature's Scientific Reports.

Microwave Ovens - A Sought After Gadget, but Fears Remain

Microwave ovens are here to stay despite anxiety about its safety. Like cell phones and so many other technology gadgets they have changed our lifestyle.
Advertisement
<< Study Reveals Benefits of Early HIV Treatment
Cancer Medical Camp Evokes Good Response At Srinagar >>

Trimester of pregnancy
News Archive
News Resource
Advertisement
News Category
Why Twin Mothers are More Fertile? New Guidelines to Treat Depression in Pregnant Women New Evidence on the Use of Contraception for Women Worldwide Do You Get Pregnant While You are in COVID-19 Infection? Is Telehealth Effective in Treating Menopause Symptoms?
More News
Sign up for Wellness Consult a Doctor Sign up for Selfcare