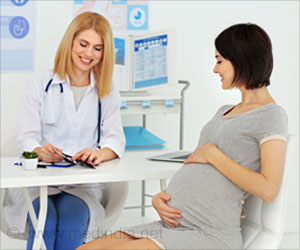 Biologic therapy to manage rheumatoid arthritis during pregnancy does not significantly increase the infant's risk for developing infections like pneumonia, meningitis, and tuberculosis, says study presented at the 2017 ACR/ARHP Annual Meeting in San Diego.

Rheumatoid arthritis (RA) is a chronic disease that causes pain, stiffness, swelling, and limitation in the motion and function of multiple joints. Though joints are the principal body parts affected by RA, inflammation can develop in other organs as well. An estimated 1.3 million Americans have RA, and the disease typically affects women twice as often as men.

Advertisement
‘Among mothers who used biologics until the third trimester, 3.5 percent reported infant infections, similar to the rate among women with RA who did not use biologics.’

Researchers at the University of California, San Diego wanted to gauge the serious or opportunistic infection risk for infants whose mothers used biologics during pregnancy. Because biologic drugs suppress the immune system, there has been a concern that infants prenatally exposed to these medications in pregnancy could be at increased risk for infection.


"I think this issue has been an important concern for clinicians and patients with respect to risk for immune compromise in these infants," said Christina Chambers, PhD, MPH, Co-Director of the Center for Better Beginnings and Professor, University of California, San Diego. Dr. Chambers is one of the co-authors of the study. "This is true especially with later pregnancy exposure, when placental transfer is increased."
Advertisement
Study Overview

In this observational cohort study, the Organization of Teratology Information Specialists (OTIS) Autoimmune Diseases in Pregnancy Project, the researchers included data on pregnant women in the U.S. or Canada, including those with and without RA, and those who used biologics and other therapies. The researchers collected data from the women in phone interviews, as well as from the medical records from the delivery hospitals and obstetric and specialty providers. Data included the dates when women started and stopped using biologics during their pregnancies.

The results of the study included data collected from 2004 through 2016 on 502 pregnancies where the mother with RA was treated with a biologic with or without other disease modifying anti-rheumatic medications during her pregnancy, 231 pregnancies where the mother had RA but did not use any biologics during pregnancy, and 423 pregnancies where the mother had no chronic diseases at all. Follow-up data on infection rates in the infants born to the women in the study were collected from their pediatricians for up to one year after birth. Serious and/or opportunistic infections tracked included neonatal sepsis, invasive fungal infection, X-ray proven pneumonia, meningitis, bacteremia, pneumocystis, septic arthritis, osteomyelitis, tuberculosis, herpes, listeria, legionella, mycobacteria, systemic cytomegalovirus and abscess.

"While this study cannot rule out low risks for serious infections, and we did not examine risks for milder infections," said Dr. Chambers. "However, these results should be reassuring for women with RA who need to be treated throughout pregnancy with a biologic."

Tests for Rheumatoid Arthritis
Are you experiencing pain in the joints? You might have Rheumatoid arthritis, a condition affecting ...

Rheumatoid Arthritis Can Increase COPD Risk
People with rheumatoid arthritis (RA) are at an increased risk of chronic obstructive pulmonary ......

Delhis Toxic Air Increases Risk of Rheumatoid Arthritis
Air pollution in the city of Delhi has increased the risk of autoimmune diseases like rheumatoid ......