Exploring the Use of Abiraterone Acetate Drug to Treat Prostate Cancer 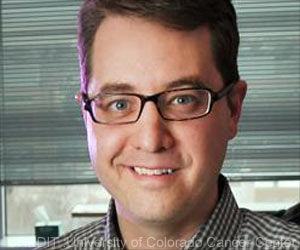 Prostate-specific antigen (PSA) levels remain high in prostate cancer patients despite the initial hormone treatments. The patients were found to have poor prognosis and survive typically between 1-2 year range.

PSA levels are screened for diagnosing prostate cancer in men. The study results of a 40-person clinical trial published in the journal JAMA Oncology, found that around 13% of patients were able to show a strong response with the use of a hormonal drug called abiraterone acetate, where the PSA levels fell from 4.0ng/ml to below 0.2ng/ml.


There was an additional 33% patients who showed partial response to the drug and the PSA levels were ranging between 0.2 and 4ng/ml.


"We set an especially high bar with our goal of reducing PSA to below 0.2, which is very low, especially for this high-risk population. The trial did not meet its success criteria of six full responders, but we feel that with five full responders and evidence that many more patients also received some benefit from the drug, abiraterone acetate deserves more study in this population," says Thomas W. Flaig, MD, investigator at the University of Colorado Cancer Center and the trial's national primary investigator.

Flaig also points to this trial as important evidence of the evolution of hormone therapy in prostate cancer.

"We used to think that if a patient's cancer progressed despite traditional hormone therapy, that was it for hormone therapy. Now we see that's not the case. It may just be that the first drug wasn't strong enough, or that cancer became hypersensitive to any remaining androgen. Now with drugs like abiraterone we can almost completely cut off a cancer's ability to drive its growth with androgen and we see this drug working even after the initial, standard hormone therapy has failed," Flaig says.

The trial is one of many exploring the use of abiraterone acetate in various prostate cancer settings, including uses earlier in the sequence of treatment, and in patients with less progressed disease.

"This is one of the first studies to focus on this high-risk group of patients with early failure of hormone induction therapy. Seeing this level of response in patients that had previously been dubbed 'hormone resistant' reinforces our hope that this drug will help many kinds of patients in many settings," Flaig says.

Abiraterone Acetate Provides More Treatment Options for Advanced Prostate Cancer
A drug that inhibits androgen biosynthesis has been found to drastically reduce the risk of death in men with metastatic or advanced or Metastatic prostate cancer.
READ MORE

Abiraterone Proves Effective Against Prostate Cancer in Continuing Clinical Trials
Abiraterone, the new prostate cancer drug discovered by British researchers, is showing considerable promise. The pill could be available in the market in three years, they hope.
READ MORE