When a cyclone destroyed her home two years ago, Shahana Begum joined the swelling ranks of Bangladeshi "climate refugees" who, experts say, could one day overwhelm the capital Dhaka.

Shahana's family, like more than half a million people in the impoverished nation, lost her shanty home and all her belongings when cyclone Sidr slammed into southern Bangladesh in November 2007, claiming more than 3,500 lives. 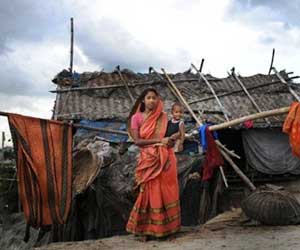 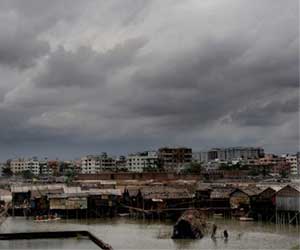 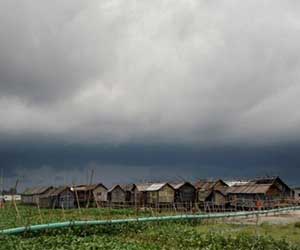 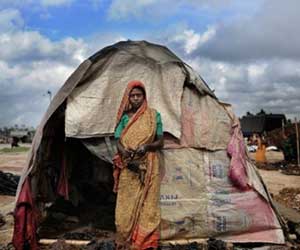 "I moved to Dhaka because there was nowhere else to go," said Shahana, for whom home is now a slum on the dry banks of the capital's biggest river.


"My husband now works a little as a fisherman up here but we want to take our two daughters back to the south. There's no home for us there and no real work," the 25-year-old said.

Doctor Joanna Remo and her staff could only weep as muddy waters overwhelmed their public hospital in eastern Manila at the height of tropical storm Ketsana.
Advertisement
Almost two years after the cyclone, the United Nations and aid groups say thousands of families like Shahana's have yet to receive assistance to rebuild their lives.

The country's leading climate change scientist says it is a sign of things to come.

"It used to be that we would have a big cyclone every 15 to 20 years. We are getting a big one now every two or three years," said Atiq Rahman, who was on the UN's Inter-government Panel on Climate Change (IPCC).

The Nobel Prize-winning IPCC predicts 20 million Bangladeshis will be displaced by 2050 because of sea level rises and an increase of natural disasters caused by changing weather patterns.

The vast majority will be extremely poor and will likely end up in Dhaka's growing slums, according to Rahman, who has repeatedly called for rich nations to start opening their doors to those displaced by climate change.

"There's no question about whether it's going to happen, it's a question of how we respond," Rahman said, with an eye on the UN climate change summit in Copenhagen in December.

Dhaka's population was 177,000 in 1974. Now, with more than 12 million inhabitants, it is one of the most densely populated cities on earth and its infrastructure is buckling under the strain.

The World Bank estimates that the city will be home to more than 20 million by 2020.

"We need better warning systems, better preparedness, better disaster management systems and we need to develop other cities. Dhaka is simply not coping under the strain of rapid urbanisation," said Rahman.

The Bangladeshi government says the country needs five billion dollars in the next five years to offset problems created by climate change, including helping its bursting capital cope.

It wants rich countries to help as part of any deal that emerges from the Copenhagen summit, which will try to hammer out a global warming treaty to replace the Kyoto Protocol that expires in 2012.

In June this year, the Economist Intelligence Unit's liveability poll ranked Dhaka as the 138th worst city in the world to live, with only Harare in Zimbabwe ranked lower.

"There must be other centres developed. Everything cannot be only Dhaka. The city is already huge," she said.

Rabab Fatima, of the International Organization for Migration in Dhaka, said Bangladesh had always had a migratory population, because of river erosion, cyclones and flooding.

But, as effects of climate change worsened, an already fragile situation was becoming dire.

"If you look at Dhaka, its unplanned and rapid urbanisation is one of the main, direct consequences of environmental degradation," she said.

"Bangladesh is going to see this more and more. It's not going to be a situation that ends."

At the end of every year, after the monsoon rains, Noor Hossain dismantles his houseboat on the Bangladeshi delta and heads to the mainland.