Experts Say Your Dirty Laundry is Dirtier Than You Think 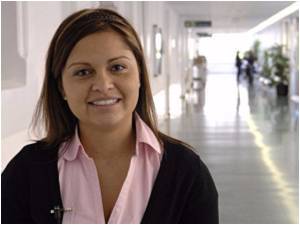 Experts have said that washing machines are teeming with bacteria that find their way onto your clothes-and then onto you.

Charles Gerba, a professor of microbiology at the University of Arizona, has done extensive research on the germs that fester in our washing machines.

And in her opinion, our smallest items-our undergarments- are the biggest culprits because of the presence of faecal matter and the different types of bacteria it can carry.


"If you wash a load of just underwear, there will be about 100 million E. coli in the wash water, and they can be transmitted to the next load of laundry," ABC News quoted Gerba as saying.

Diabetes patients have reduced immunity, which makes them more susceptible to skin infections like boils. These can be easily treated using antibiotics.
Advertisement
"There's about a tenth of a gram of poop in the average pair of underwear," he added.

Faecal matter can carry a number of different germs, including the hepatitis A virus, norovirus, rotavirus, salmonella and E. coli.

Philip Tierno, a professor of microbiology and pathology at the New York University School of Medicine and author of the book, 'The Secret Life of Germs', said bacteria from the skin, such as staphylococcus, could be found on clothing and towels.

While people trust their detergent to get rid of all the dirt and germs, but one should make it a point to use bleach or very hot water to actually killing the bacteria.

Otherwise they can get onto your hands and stay in the washing machine.

"Most of the hot water people use is not hot enough. You need water that's between 140 and 150 degrees to kill germs," said Tierno.

Conjunctivitis or Pink Eye causes redness and soreness of the conjunctiva and is responsible for 1% of all emergency visits to a hospital.
Advertisement
Advertisement
This site uses cookies to deliver our services.By using our site, you acknowledge that you have read and understand our Cookie Policy, Privacy Policy, and our Terms of Use  Ok, Got it. Close
×