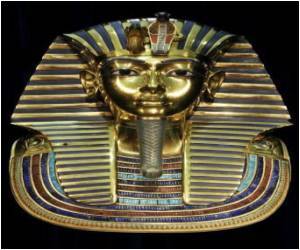 Experts say that King Tutankhamun's death was a result of sickle-cell disease, and not malaria.

Despite segments of a malarial parasite found via DNA testing and multiple bone disorders in the left foot being diagnosed as Kohler's disease, the BNI team claims that the combination of malaria with Kohler's seems unlikely.


Instead they feel that sickle-cell disease (SCD), a genetic blood disorder, is a more likely reason for the Pharaoh's death aged just 19.

"The genetic predisposition for (SCD) can be found in regions where malaria frequently occurs, including ancient and modern Egypt," The Independent quoted Prof Christian Meyer as saying.

Mosquito-borne diseases, like malaria, filaria, dengue, etc are common in places conducive of mosquito breeding. Swamps, ponds and stagnated drainage provide optimal breeding ground for mosquitoes.
Advertisement
"The disease can only manifest itself when a sickle cell trait is inherited from both parents: it is a so-called 'recessive inheritance'," he adds.

The high likelihood that King Tut's parents were siblings means he could have inherited the sickle cell trait from both and suffered from SCD. On the other hand, old age of his parents and relatives - up to 50 years - means they could very well have carried sickle-cell traits, and could therefore have been highly resistant to malaria.

The find is published in the Journal of the American Medical Association.