Inflammation promotes obesity-associated type 2 diabetes and diabetes complications. However, clinical trials with anti-inflammatory drugs have only been modestly effective for treating Type 2 diabetes.

A new fingerprint of inflammation that may be able to predict which patients with obesity may also develop type 2 diabetes has been identified by Boston University School of Medicine (BUSM) researchers. This study appears in the journal Obesity and combines basic measures of inflammation in Type 2 diabetes with cutting-edge mathematical analysis to sort through all changes in inflammatory proteins and rank the changes from most to least important in an unbiased manner.

The researchers quantified inflammatory proteins from blood immune system cells and combined the measurements mathematically to identify dominant inflammatory proteins. Specifically, they identified Th17 cells, known to be involved in autoimmune diseases, as a dominant cell type in Type 2 diabetes.


‘Boston University School of Medicine (BUSM) researchers have identified a new fingerprint of inflammation that may be able to predict which patients with obesity may develop type 2 diabetes.’


The researchers also demonstrated that another important immune cell, Th1, may be involved in the glycemic control aspect of Type 2 diabetes. "This newly identified fingerprint of inflammation relative to different traits of Type 2 diabetes may be an important new biomarker to predict the 75 percent of people with obesity who will become Type 2 diabetic, versus the 25 percent of people with obesity who remain metabolically healthy," explained Barbara Nikolajczyk, PhD, associate professor of microbiology at BUSM.

According to the researchers proteins that make up this fingerprint are also considered drug targets for future studies aimed at preventing the development of Type 2 diabetes in people with obesity.

Shimla To Mark World Diabetes Day With An Awareness Walk
Free blood sugar tests would be conducted for the diabetes awareness walk participants, and a diabetologist would deliver a lecture.
READ MORE

Experts Share List of Food Items To Help Control Diabetes
Saumya Shree, food specialist, BiteClub.in, has shared some food items that can ensure an extra edge against diabetes and its complications.
READ MORE

Rs.7 Diabetes Drug Boosts the Cost-Effectiveness of Pharma Market in India
Zydus Cadila has launched its new anti-diabetic drug, Tenglyn, a generic oral version of gliptins at the most affordable price of Rs. 7 per tablet in India.
READ MORE 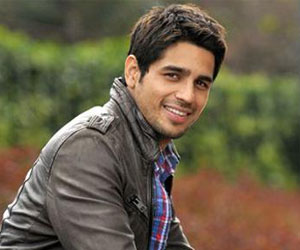