Expert Says Misbehaving Kids Should be Locked in Rooms 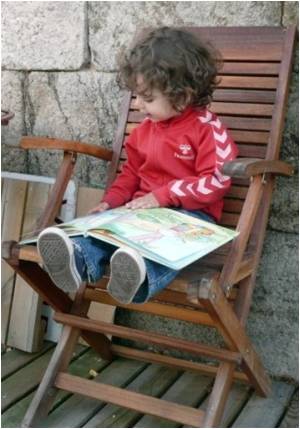 Parents should lock their kids in their rooms, if they misbehave, says Nigel Latta, host of The Politically Incorrect Parenting Show.

Latta believes rationalising with naughty toddlers is like trying to talk to "drunk rugby hoons with language skills of a chimpanzee" - instead they should be padlocked behind a door.
Advertisement

In statements that are sure to ruffle some feathers and raise a lot of eyebrows, he says that children should be left alone instead of being coddled all the time and that says parents have been scared into shelving their common sense by an age of self-help books and political-correctness.


"I have no problem with saying to my boys "Go away and entertain yourself, I'm reading the paper.And that's what they do," The Couriermail quoted him as saying.
Advertisement
Although he doesn't advise corporal punishment, he says it was commonplace in his childhood days.

"All this stuff about getting down to their eye level and explaining patiently what they've done wrong is just too hard and who can be bothered?" he said.

"We should stop treating children like adults. Children shouldn't grow up thinking that the world is fair.

"Instead of trying to reason with them, I believe in throwing them in their room until they calm down.

I even take it one step further and say put a padlock on the door and physically lock them in there.

As long as there are no venomous snakes or firearms in the room what's the harm? The worst they can do is bang their head on a door or bump their head."

Latta spent time in Melbourne earlier this year filming an Aussie version of his hit series The Politically Incorrect Parenting Show for Channel 9.

He says they should be allowed to make their own mistakes and to learn to stand up for themselves rather than being spoon-fed.

"If you're worried about emotionally damaging your child then you probably aren't.I've worked with a lot of people who have done that and the big difference is they don't really give it much thought," he said.

"It shouldn't be so hard. I would just prefer people enjoyed it more rather than spending all their time worrying and feeling guilty about doing the wrong thing."