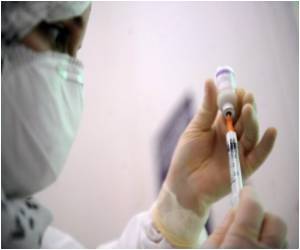 Scientists advising the World Health Organisation on Tuesday held a meeting to give their latest assessment of swine flu, in a move that could end the pandemic alert, a WHO spokesman said.

The UN health agency said the result of the confidential meeting would be announced on Wednesday. 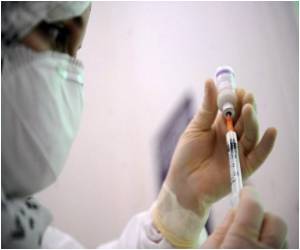 More than 18,114 people have died from swine flu since it was uncovered in Mexico and the US last year 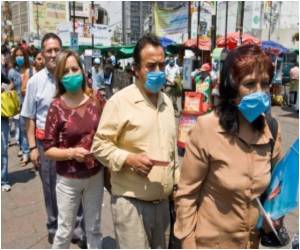 Swine flu has affected some 214 countries and territories

Speaking shortly before the teleconference began, WHO spokesman Gregory Haertl said the scientists would be "reviewing the epidemiological situation around the world" and that a "recommendation or announcement one way or the other" would be made.


Asked if the emergency committee of scientists could recommend an end to the pandemic declared by the UN health agency nearly a year ago, Haertl said: "They could."

Swine flu, a type of influenza caused by a new strain of the H1N1 Type A influenza virus has originated from the pigs. Winter always brings along the chills and the flu, make sure you're safe this season.
Advertisement
"The two most likely outcomes are either the status quo or post-pandemic," he told journalists.

It played a crucial role in recommending an international emergency over the new virus and scaling up different stages of alert, including the declaration of a pandemic on June 11, 2009.

The committee declined to wind down the pandemic alert at its last meeting in February after the disease appeared to wane in North America and Europe.

Mackenzie said in April that he was waiting to see how A(H1N1) influenza progressed in the southern hemisphere's traditional autumn and winter flu seasons, amid predictions of a second wave.

Last Friday, the WHO's weekly pandemic assessment noted that there was "little evidence of pandemic influenza activity in the temperate zone of the southern hemisphere," except for parts of Chile.

Haertl told journalists: "Examining what's happening, or has not yet happened, in the southern hemisphere yet will probably be key to their discussions this afternoon (Tuesday)."

A(H1N1) influenza has killed more than 18,114 people since the virus was uncovered in Mexico and the United States last year, according to WHO data.

It spread swiftly worldwide, prompting the agency to declare a pandemic more than two months later, and has affected some 214 countries and territories.

But fears about the severity of swine flu, which sparked a rush for hundreds of millions of dollars worth of specially developed vaccines and a flurry of special public health precautions, petered out in the latter stages of 2009.

The UN health agency has responded to criticism of the international alert by setting up an independent committee of experts this year to review the handling of the swine flu pandemic.

The review panel is due to issue its conclusions by the beginning of next year.

Influenza (or rather, the flu) is a cold weather infectious condition that affects the young and old alike. Though most reported cases are mild, the flu can sometimes cause severe and life-threatening complications in both children and adults, thanks to wrong medications and improper vaccinations. Learn more about the disease from our Flu Quiz and guard yourself and your family from a poss
Advertisement