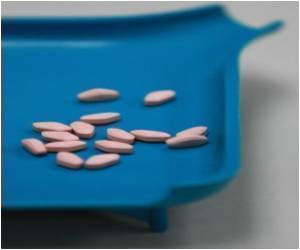 "Cushing's disease is a rare disorder, with three to five cases per million people. It can affect all ages and both genders but is most common in otherwise healthy young women," says Beverly M.K. Biller, MD, of the Massachusetts General Hospital Neuroendocrine Unit, senior author of the study. "Often misdiagnosed, Cushing's is associated with a broad range of health problems - causing physical changes, metabolic abnormalities and emotional difficulties - and if not controlled, significantly increases patients' risk of dying much younger than expected."

Adrenocortical carcinoma is a rare but aggressive form of cancer that affects the outer cortex layer of the adrenals situated atop the kidneys.
Advertisement

One of several conditions that lead to Cushing's syndrome - chronically elevated secretion of the hormone cortisol - Cushing's disease is caused by a benign pituitary tumor that oversecretes the hormone ACTH, inducing increased cortisol secretion by the adrenal glands. Symptoms of Cushing's syndrome include weight gain, hypertension, mood swings, irregular or absent periods, abnormalities of glucose processing - insulin resistance, glucose intolerance and type 2 diabetes - and cardiovascular disease. Since those symptoms are associated with many health problems, physicians may not consider the rare possibility of Cushing's. The diagnosis can be difficult to make and usually requires the expertise of an endocrinologist. Since cortisol levels normally fluctuate during the day, a single blood test probably would not identify chronic elevation, so the most common diagnostic test measures a patient's 24-hour urinary output.


First-line treatment for Cushing's disease is surgical removal of the ACTH-secreting tumor, which can lead to remission in 65 to 90 percent of patients who are treated by expert pituitary surgeons. But symptoms return in 10 to 30 percent of those patients, requiring repeat surgery, radiation therapy or treatment with drugs that interfere with part of the cortisol control system. Until last month, there was no specific FDA-approved medical treatment for Cushing's syndrome; and while the newly approved drug mifepristone should benefit some patients, it does not affect the pituitary source of the condition or reduce cortisol levels.

This medication is a synthetic steroid, used alone or together with another medication, to end an early pregnancy (within 7 weeks of the start of a woman's last menstrual period). It blocks the hormone needed for pregnancy to continue. It is also indicated for high blood sugar levels (hyperglycemia) in adults with endogenous Cushing's syndrome.
Advertisement
The current phase 3 trial of pasireotide - the first drug that blocks ACTH secretion by binding to somatostatin receptors on the pituitary tumor - was sponsored by Novartis Pharma and enrolled 162 patients at 62 sites in 18 countries. Almost 85 percent of participants had either persistent disease that had not responded to surgery or had recurrent disease. The other 15 percent were recently diagnosed but not appropriate candidates for surgery. Participants were randomly assigned to two groups, one starting at two daily 600-microgram injections of pasireotide, the other receiving 900-microgram doses. Three months into the 12-month trial, participants whose urinary cortisol levels remained more than twice the normal range had their dosage levels increased. During the rest of the trial, dosage could be further increased, if necessary, or reduced if side effects occurred.

At the end of the study period, many patients had a significant decrease in their urinary cortisol levels, with 33 achieving levels within normal range at their original dosage by month 6 of the trial. Participants whose baseline levels were less than five times the upper limit of normal were more likely to achieve normal levels than those with higher baseline levels, and the average urinary cortisol decrease across all participants was about 50 percent. Many Cushing's disease symptoms decreased, and it became apparent within the first two months whether or not an individual was going to respond to pasireotide.

Transient gastrointestinal discomfort, known to be associated with medicationsin the same family as pasireotide, was an expected side effect. But theinvestigators observed elevated glucose levels in 73 percent of participants,something not seen to the same extent with other medications in this family.That will require close attention, since many Cushing's patients already havetrouble metabolizing glucose. Biller explains, "Those patients who already werediabetic had the greatest increases in blood sugar, and those who werepre‑diabetic were more likely to become diabetic than those who began withnormal blood sugar. However, elevations were even see in those who started atnormal glucose levels, so this is real and needs to be monitored carefully."

Additional trials of pasireotide are in the works, and a phase 3 study of a long-acting version of the drug was recently announced. Biller notes that the potential addition of pasireotide to available medical treatments for Cushing's disease would have a number of advantages. "It's very important to have medications that work at different parts of the cortisol control system - which is the case for the currently used medications that work at the adrenal gland level, pasireotide which works at the pituitary gland, and mifepristone which blocks the action of cortisol at receptors in the body. Having more options that work in different ways is valuable because not all patients respond to one medicine and some may be unable to tolerate a specific drug's side effects.

"As we have more drugs available to treat Cushing's," she adds. "I think in the long run we may start using combinations of drugs, which is the approach we use in some patients with acromegaly, another disorder in which a pituitary tumor causes excess hormone secretion. Ultimately we hope to be able to give lower doses leading to fewer overall side effects, but that remains to be determined by future studies." Biller is a professor of Medicine at Harvard Medical School.

Vent Forte (Theophylline) Accident and Trauma Care A-Z Drug Brands in India Diaphragmatic Hernia Find a Hospital Hearing Loss Calculator Drug Interaction Checker Drug Side Effects Calculator Iron Intake Calculator Blood - Sugar Chart
This site uses cookies to deliver our services. By using our site, you acknowledge that you have read and understand our Cookie Policy, Privacy Policy, and our Terms of Use