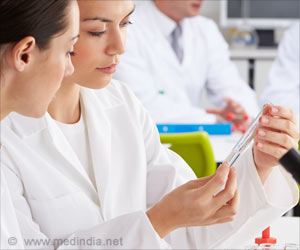 In an analysis that included nearly 350,000 adults of diverse racial and ethnic background, expanded carrier screening for up to 94 severe or profound conditions may increase the detection of carrier status for a variety of potentially serious genetic conditions compared with current recommendations from professional societies, according to a study appearing in JAMA.

The fruit fly is the most widely used model organism applied to the study of genetics and understanding of human biology.
Advertisement
‘An expanded testing panel identified more hypothetical fetuses at risk for severe or profound phenotypes than did testing based on current screening guidelines.’

Current recommendations by professional organizations are to test for a limited number of individual diseases in part based on self-reported racial/ethnic background. Advances in genetic testing now allow for rapid expanded carrier screening for a large number of conditions. These advances could facilitate screening for an expanded number of conditions independent of racial/ethnic background.


Imran S. Haque, Ph.D., of Counsyl, South San Francisco, and colleagues analyzed results from expanded carrier screening in reproductive-aged individuals without known indication for specific genetic testing, primarily from the United States. Tests were offered by clinicians providing reproductive care. Individuals were tested for carrier status for up to 94 conditions.

Specific variations in a single gene is known to be the cause of many rare and incurable diseases such as cystic fibrosis and Pfeiffer syndrome.
Advertisement
Risk was defined as the probability that a hypothetical fetus created from a random pairing of individuals (within or across 15 self-reported racial/ethnic categories) would be homozygous (possessing two identical forms of a particular gene, one inherited from each parent) or compound heterozygous (the presence of two different mutant alleles at a particular gene locus) for 2 mutations presumed to cause severe or profound disease. Severe conditions were defined as those that if left untreated cause intellectual disability or a substantially shortened lifespan; profound conditions were those causing both.

The study included 346,790 individuals. Among major U.S. racial/ethnic categories, the calculated frequency of fetuses potentially affected by a profound or severe condition ranged from 95 per 100,000 for Hispanic couples to 392 per 100,000 for Ashkenazi Jewish couples. In most racial/ethnic categories, expanded carrier screening modeled more hypothetical fetuses at risk for severe or profound conditions than did screening based on current professional guidelines.

"The findings showed that an expanded testing panel identified more hypothetical fetuses at risk for severe or profound phenotypes than did testing based on current screening guidelines. This was not only because expanded carrier screening included additional disorders but also because guideline-based testing was based in part on self-identified racial/ethnic categories.

"Even though current guidelines target a number of diseases prevalent in those of European descent (such as cystic fibrosis), they do not identify risk for other conditions that may be important to diverse populations. Expanded carrier screening revealed that many non-European racial/ethnic categories have a risk of a profound or severe genetic disease that may not be detected by the guidelines in place at the time of this analysis."

The researchers write that "before assertions regarding the clinical utility of broadly testing for these variants can be made with certainty, additional data are needed from unselected diverse populations on the phenotypic spectrum and for the health consequences of pathogenic variants associated with rare conditions."

A likely key genetic pathway underlying the bipolar disorder has been identified.

Paternity Testing - Whose Baby Is It Anyway?

Daily Calorie Requirements The Essence of Yoga Blood - Sugar Chart Blood Pressure Calculator Vent Forte (Theophylline) Hearing Loss Calculator How to Reduce School Bag Weight - Simple Tips Diaphragmatic Hernia Find a Doctor Loram (2 mg) (Lorazepam)
This site uses cookies to deliver our services. By using our site, you acknowledge that you have read and understand our Cookie Policy, Privacy Policy, and our Terms of Use