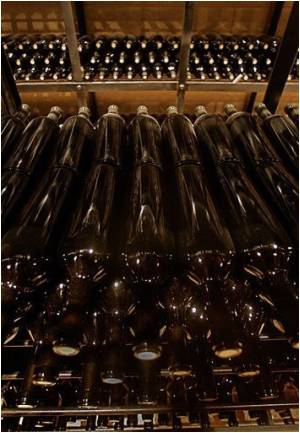 The rotation rate of an exoplanet was determined for the first time by researchers analyzing the date from ESO's Very Large Telescope.

Beta Pictoris b has been found to have a day that lasts only eight hours. This is much quicker than any planet in the Solar System - its equator is moving at almost 100,000 kilometres per hour.

In the Netherlands, physicians have turned to expertise from a planet-hunting telescope to steady their surgical microscope and save the people's eyesight that is threatened by blindness.
Advertisement

This new result extends the relation between mass and rotation seen in the Solar System to exoplanets. Similar techniques will allow astronomers to map exoplanets in detail in the future with the European Extremely Large Telescope (E-ELT).


Exoplanet Beta Pictoris b orbits the naked-eye star Beta Pictoris, which lies about 63 light-years from Earth in the southern constellation of Pictor (The Painter's Easel).

Loss Of Vision can be Diagnosed Using Telescope Technology

Technology, which is usually used in state of the art telescopes to find distant stars, is set to help diagnose world's most common form of sight loss in adults.
Advertisement
This planet was discovered nearly six years ago and was one of the first exoplanets to be directly imaged. It orbits its host star at a distance of only eight times the Earth-Sun distance (eso1024) - making it the closest exoplanet to its star ever to be directly imaged.

Using the CRIRES instrument on the VLT, a team of Dutch astronomers from Leiden University and the Netherlands Institute for Space Research (SRON) have now found that the equatorial rotation velocity of exoplanet Beta Pictoris b is almost 100 000 kilometres per hour.

By comparison, Jupiter's equator has a velocity of about 47 000 km per hour, while the Earth's travels at only 1700 km per hour. Beta Pictoris b is more than 16 times larger and 3000 times more massive than the Earth, yet a day on the planet only lasts 8 hours.(ANI)

After receiving a pioneering pea-sized telescope implant, an 89-year-old woman in Northern California has spoken of her joy at being able to see better than ever.
Advertisement
<< Study Reveals That Stress can be Contagious
Immunity Against MERS Virus Soon to be Provided by Vaccinat... >>