Exhibition to Reveal British Royal Childhood Memories to the World 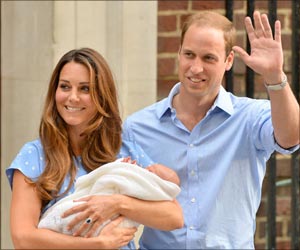 The Buckingham Palace will play host to a special exhibition that feature the childhood memories of the British royal family spanning 250 years, including toys such as a gadget-laden miniature James Bond supercar.

"It gives an unprecedented glimpse into life as a young member of the royal family over 250 years," said the Royal Collection Trust.


The display includes many previously unseen objects and films, offering a glimpse of generations of royal children enjoying unguarded, private moments.
Advertisement
One film highlights the closeness between Queen Elizabeth II and her only sibling, the late princess Margaret.

Several clips of the young princesses show them dancing together. In one clip, Elizabeth takes the lead in teaching her younger sister a new step, while another shows the smiling pair twirling arm in arm.

"It's easy to forget that royal children are just like everyone else," Anna Reynolds, the exhibition's curator, told AFP.

"This exhibition gives visitors a very personal insight into life as a young member of the royal family over nine generations, through the toys the children have played with and loved, and through the clothes they have worn," she said.

The exhibition in the Palace Ballroom and Ball Supper Room, which runs until September 28, is divided into sections documenting the different aspects of a royal childhood.

The photographs and films in the "Playing" display show royal children enjoying the universal childhood pleasure of toys and playtime, but the objects in the exhibit are sure to be the envy of any young visitor.

The miniature Aston Martin DB5 built by the prestigious car company and presented to the queen's second son Prince Andrew on his sixth birthday would make any young James Bond fan jealous.

A fully mobile replica of agent 007's car in the 1960s films "Goldfinger" and "Thunderball", it has a top speed of 10 miles (16 kilometres) per hour and comes with some classic Bond gadgets.

The revolving number plate is personalised as JB007, concealed machine guns appear from behind the side lights and the car even has a working smoke screen, concealed electric water jets and a pop-up bullet-proof shield.

A wooden rollercoaster built for Queen Elizabeth's children stretches across the entire display, surrounded by unique toys beloved to generations of royalty.

Among them is a specially built mini-caravan that was given to the monarch in 1955, in which her children toured the Buckingham Palace gardens towed by her husband Prince Philip.

The British royal family is riding a surge in popularity following the marriage of Prince William, second in line to the throne, and his wife Kate, and the birth of their son Prince George, who celebrated his first birthday on Tuesday.

A number of the items on display are linked to the little prince.

The famous golden easel that stood on the Buckingham Palace forecourt and the official bulletin it held announcing George's birth to the world are included, as is the Christening robe he wore for his baptism in October.

There is also a hand-made rocking horse given by US President Barack Obama.

The "Growing" display features an ornate casket containing the first teeth of queen Victoria's children, and a progress book detailing the early years of Queen Elizabeth.

Inside can be seen a handwritten note recording the first words of the future monarch: "mama" and "bebe".

The extensive collection contains drawings by a five-year-old Prince Charles, the heir to the throne, and a fairy costume worn by his sister Princess Anne.

It also includes the soldier dressing gown worn by Charles' son Prince Harry, who is now a serving army captain.

The geography exercise book of the five-year-old William, open to a list headed "these creatures live in the jungle", sits alongside the handwriting book of his ancestor, the future king George IV, from 1767.

Spaniards Turn Against Their Royals Following Fraud Scandal
Even in these ultra-modern times, the royal family of Spain used to be a cherished part of the ......