Moderate exercise, that is 45 minutes of treadmill walking per day significantly decreased inflammatory damage to the kidneys.

Waking up in the morning with the joint pain, swelling and stiffness that accompanies lupus doesn't exactly inspire a workout.

But research in mice and a related pilot study in humans are showing how regular activity and stress reduction could lead to better health in the long run.


‘Stress reduction and a daily regimen of physical therapy should be considered as interventional strategies to be used alongside current medical treatment especially for those with lupus.’


In the mouse model of lupus, researchers from The Ohio State University found that moderate exercise (45 minutes of treadmill walking per day) significantly decreased inflammatory damage to the kidneys. While 88 percent of non-exercised mice had severe damage, only 45 percent of the treadmill-exercised animals did.

And the researchers think they know why: Several biomarkers known to drive inflammation plummeted in the exercise group.

To take the research a step further, the team wanted to see what happened to those same biomarkers in lupus mice exposed to a well-established animal model of repeated social disruption known to induce psychological stress -- in particular, daily encounters with a stronger "bully" mouse.

The results were almost exactly the opposite -- the inflammatory markers shot up, which caused substantial kidney damage in the mice.

"If we observe similar results in human studies, this could mean that stress reduction and a daily regimen of physical therapy should be considered as interventional strategies to be used alongside current medical treatment," said study senior author Nicholas Young, a research scientist in rheumatology and immunology at Ohio State's Wexner Medical Center.

"We may have started to characterize an effective way to reduce inflammation and help people with lupus aside from conventional drug therapy," he said.

Previous studies have supported the idea that physical activity is good for lupus patients, but hard scientific evidence explaining why has been scarce, he said.

Because of that, daily moderate exercise and stress management often aren't strongly emphasized in the care of lupus patients because their roles in controlling inflammation aren't well understood, Young said.

"What you hear a lot from patients is that they're hurting and they don't want to get out of bed in the morning and don't feel like exercising," Young said. "One of the largest hurdles to get over is that it may not seem intuitive that movement will make you feel better, but it does."

To see if these results might apply to humans, Young's research team enrolled a group of lupus patients into a daily tai chi program in a small pilot study. The classes focused on both moderate exercise and stress reduction. Initial results show a significant decrease in some of the same inflammatory biomarkers identified in the mouse experiments and provided enough supporting evidence that the researchers are seeking funding for a larger human trial, Young said.

The preliminary results of the tai chi intervention, called the Stress Moderation Impacting Lupus with Exercise (SMILE) study, were published in the abstract supplement for the annual European League Against Rheumatism conference in June and will be presented at the American College of Rheumatology meeting in November.

"We've shown on a molecular level that both exercise and stress can impact inflammation by regulation of the immune system, which may provide a unique opportunity to help people suffering from the chronic inflammation associated with autoimmune diseases like lupus," Young said.

"If we find consistent benefits in a large group of people with lupus and can standardize a specific regimen, you could almost imagine a prescription for exercise and stress reduction."

Young said that the research findings prompt him to wonder about the potential for similar exercise-induced inflammatory changes in other diseases that affect the joints, including arthritis and gout. Ongoing work in his laboratory will be examining these conditions as well, he said.

Lupus Nephritis
Lupus nephritis occurs in 60% of patients with systemic lupus erythematosus (SLE) and is classified into 6 categories. The symptoms are fever, joint pain, swelling, and proteinuria, among others.
READ MORE 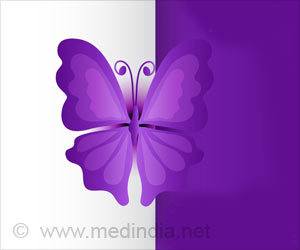