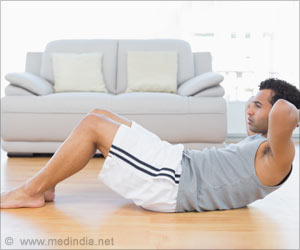 The growth of colon cancer cells reduced as a result of exercise reveals research published in The Journal of Physiology. A short session of high-intensity interval training (HIIT) decreased colon cancer cells' growth, and also increased indicators of inflammation.

For a long time, the focus on exercise has been on the positive changes in the body that occur following a longer period of training. However, these findings suggest that the effects following a single session of HIIT, an exercise regime involving short, high energy bursts are also important.


The changes following HIIT suggest that repeated exposure to the acute effects of exercise may contribute to the fight against the cancer. These results reinforce the importance of doing regular exercise and maintaining a physically active lifestyle.


‘Inflammation increases after bouts of HIIT, which is known to be involved in reducing the number of colon cancer cells.’


The study conducted by The University of Queensland in conjunction with the University of Waterloo, Ontario, involved colorectal cancer survivors completing either a single session of HIIT or 12 sessions over 4 weeks. Their blood samples were collected either immediately after the single session of exercise or at rest after 4 weeks of training, and were then analyzed to study the growth of colon cancer cells.

Importantly the method used to model the colon cancer cells in the laboratory is very different to how they grow in the human body, requiring future research to translate these findings into human tumors.

"We have shown that exercise may play a role in inhibiting the growth of colon cancer cells. After an acute bout of HIIT there were specific increases in inflammation immediately after exercise, which are hypothesized to be involved in reducing the number of cancer cells.

This suggests that a physically active lifestyle may be important in tackling human colorectal tumors. We would now like to look at how these changes in growth occur and understand the mechanisms by which biomarkers in the blood can impact cell growth."