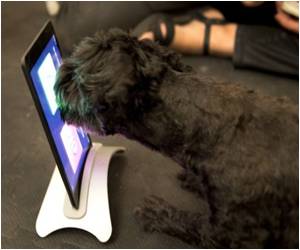 For diagnosing skin rashes and moles, more than 200 mobile apps are now on the market and US researchers Wednesday urged caution in relying on them over a doctor's advice.

Their names include attention-grabbers like "What's My Rash?" and "iSore."

The US Food and Drug Administration has come up with the final rules that regulate the development of mobile medical apps.
Advertisement

Over half of the 229 apps studied are mainly targeted at consumers and patients, but only a few were clearly designed by medical personnel, said the study in the Journal of the American Medical Association (JAMA) Dermatology.


Some describe acne, rosacea, psoriasis or eczema in pictures and text. Others give recommendations on a sunscreen based on a user's skin type and the current weather conditions.

Fido the 'super' dog, can use an iPad!. It's a novelty. It's just sort of a fun thing to do, Grossman told AFP at School for the Dogs, the canine classroom.
Advertisement
Of particular concern are those that allow the user to take a picture of a suspicious spot and scan it for an assessment of cancer risk, researchers said.

Previous research has shown that these tests' sensitivity ranged from nearly seven to 98 percent, it noted.

One study sent pictures of malignant melanomas through an app, and found the device described 88 percent of them as "medium-risk." It wrongly advised users to simply monitor the lesions.

"The diagnostic inaccuracies of these apps may harm patients who substitute these relatively inexpensive tools for in-person medical care, by potentially delaying treatment for melanoma," said the JAMA study.

Just how popular the apps are with the public is unclear, since the number of downloads may not accurately reflect the number of people who actually use the apps regularly.

Researchers found that the top three had nearly 800 reviews combined, which may provide a "rough reflection of app use" though likely a "sizable underestimation," said the study.

More than half were free, and the average cost for a paid app was $2.99.

On the upside, researchers said that technology is improving, allowing for more accurate pictures that may be forwarded via smartphones to a medical professional, and offering new inroads to treating people in remote and underserved areas.

The US Food and Drug Administration announced earlier this week it would not regulate most mobile health apps, unless they serve medical purposes such as calculating radiation dosage for a cancer patient, measuring blood pressure or sending real-time electrocardiographs to a doctor.

Those who download the apps should not follow their advice over that of a doctor, said the JAMA study.

"Patients and clinicians should maintain a healthy sense of skepticism because studies regarding the safety and accuracy of such apps are limited," it said.

Tips to Live Longer
News Archive
News Resource
News Category
Can Dogs (as Pets) Help Reduce the Risk of Inflammatory Bowel Diseases? Playing Video Games may be Beneficial for LGBTQ+ Youth Monkeypox Doesn't Spread Easily by Air Like COVID, Says US CDC Treating Monkeypox With Antiviral Drugs Might be Effective Corneal Cells Help the Eyes to Protect Against Infection
More News
Sign up for Wellness Consult a Doctor Sign up for Selfcare