Exercise can be Contagious 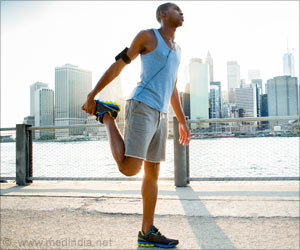 Now here's a contagion that might not be so bad to encounter. A new analysis of the running habits of about 1.1 million people reveals that exercise is indeed contagious  though its communicability depends on who's spreading it.

Can our workouts be shaped by what our friends do? That question is at the heart of an important new study of exercise behavior, one of the first to use so-called big data culled from a large-scale, global social network of workout routines.

Long-distance running is bad for your knees is a myth. Running is chondroprotective, which means exercise may help delay the onset of joint degenerative diseases such as osteoarthritis.
Advertisement
‘In general, if you run more, it is likely that you can cause your friends to run more.’
Tweet it Now

The findings, published in the journal Nature Communications, also reveal that certain relationships are better at spreading the running bug than others  and could have implications for the study of other social contagions, such as obesity and smoking.


"If behavioural contagions exist," the study authors wrote, "understanding how, when and to what extent they manifest in different behaviours will enable us to transition from independent intervention strategies to more effective interdependent interventions that incorporate individuals' social contexts into their treatments."

Shoes with no cushioning, or minimal footwear, are, in fact, better at reducing risk of running injuries than cushioned footwear.
Advertisement
Creating health and other interventions that effectively could harness the social network to maximize their benefit would be a real game-changer, researchers say. But it's been difficult to draw conclusions from studies based on self-reporting surveys (where participants may not be fully honest or aware of their own behaviors) or laboratory experiments (which may not fully capture the real-life complexities of causal relationships within social networks).

The researchers focused on running, because so many of the network participants were runners. And what they found suggests that whether and how much we exercise can depend to a surprising extent on our responses to other people's training.

The results also offer some practical advice for the runners among us, suggesting that if you wish to improve your performance, you might want to become virtual friends with people who are just a little bit slower than you are.

There have been intimations for some time that aspects of our lifestyles and health can be contagious. Using data from surveys and postings on social media, scientists have reported that obesity, anxiety, weight loss and certain behaviors, including exercise routines, may be shared and intensified among friends.

The study of 29 runners found significantly lower loading rates for those who wore so-called minimal trainers and landed on the ball of their foot.
Advertisement