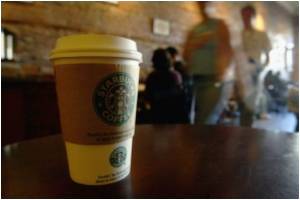 Experts have warned that many mega-sized coffee and energy drinks are loaded with extra calories and sugar.

Ellen Schuster, a University of Missouri nutrition expert, said that people should be wary of extra calories and sugar in the quest for bigger, bolder drinks.


According to the U.S. Department of Health and Human Services, people who consume drinks with added sugars consume more total calories, and studies have found that drinking sweetened beverages is related to weight gain.

Coffee is a great beverage prepared from the seeds of Coffea plant. Different types of coffee include espresso, cappuccino, Café latte, frappe, iced coffee.
Advertisement
Health experts at the Mayo Clinic noted that moderate consumption of coffee and other caffeinated beverages is unlikely to cause harm, but large quantities in excess of 500 mg, or more than four cups of coffee, can cause difficulty sleeping, irritability, restlessness, stomach problems and irregular heartbeat.

Especially of concern is caffeine consumption among children and adolescents.

"Energy and coffee beverages are subject to the same nutrition rules as other foods and drinks; it's all about moderation. Ideally, it's best to avoid drinking calories, because drinks leave you less full than solid foods.

"By eating calories in the form of high-calorie, high-sugar drinks, people crowd out other nutritious foods," he said.

Top Health Tips to Overcome Tiredness
News Archive
News Resource
Advertisement
News Category
Milestone In Voluntary Blood Donation Achieved Samsung Reinvents Toilet for the Poor Which is a Better Form of Exercise: Daily or Weekly? First Phase of Foot-and-Mouth Disease Vaccination Shocking News: Polio Cases Return After a Decade in the US
More News
Sign up for Wellness Consult a Doctor Sign up for Selfcare

Calculate Ideal Weight for Infants Find a Doctor Accident and Trauma Care How to Reduce School Bag Weight - Simple Tips Find a Hospital Blood Donation - Recipients Sinopril (2mg) (Lacidipine) Selfie Addiction Calculator A-Z Drug Brands in India Hearing Loss Calculator
This site uses cookies to deliver our services. By using our site, you acknowledge that you have read and understand our Cookie Policy, Privacy Policy, and our Terms of Use