Ever Wondered Why People Brought Up In Urban Areas Want To Live a 'Calm Rural Life'? Study Reveals Our Brains Are Hard-wired For This 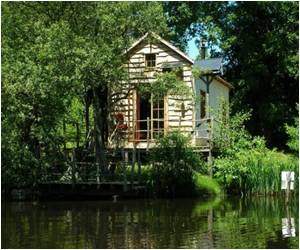 Humans may be hard-wired to enjoy the peace in the countryside and confused in cities- even if they were born and raised in an urban area, reveals a new study.

Scientists at Exeter University found that an area of the brain associated with being in a calm, meditative state lit up when people were shown pictures of rural settings, the Independent reported.

However the study, which used an MRI scanner to monitor brain activity, found that images of urban environments resulted in a significant delay in reaction, before a part of the brain involved in processing visual complexity swung into action as the viewer tried to work out what they were seeing.


Dr Ian Frampton said when looking at urban environments the brain is doing a lot of processing because it doesn't know what this environment is.
Advertisement
He said the brain doesn't have an immediate natural response to it, so it has to get busy. Part of the brain that deals with visual complexity lights up: 'What is this that I'm looking at?' Even if you have lived in a city all your life, it seems your brain doesn't quite know what to do with this information and has to do visual processing.

He added saying that rural images produced a "much quieter" response in a "completely different part of the brain". There's much less activity.

Source: ANI
Advertisement
<< Chlamydia Trachomatis Can be Detected in Less Than 20 Minut...
In Comparison to Male Counterparts, Younger Women More Like... >>

Wind Farms Ruin the Countryside, Charge Some Activists
Wind farms might be seen as the answer to the growing energy crisis, but some in the West do not ......

Countryside Dwellers in Yorkshire are a Happy Lot
Nearly nine out of ten people living in the countryside in Yorkshire simply love where they live, .....

Crop Sprays Endanger Health of the Countryside Population
Crop sprays pose a big threat to the health of people living in the countryside and must be given .....