Ever Lost Luggage While Traveling? Worry No More as 'Smartbag' Comes To Your Rescue 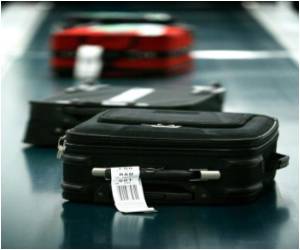 Researchers are testing a new technology that will allow users to track their luggage right from their smartphones.

Airbus developed the bag, named Bag2Go, in partnership with a luggage manufacturer and the telecom company T-Systems.

With Bag2Go, when a luggage ends up being loaded on to a wrong flight, the owner and the airline are quickly alerted, CBS News reported.


The new technology relies on a small SIM card. In this technology, the owner of the bag punches flight details into a smartphone app and the app sends the data to the SIM card, allowing the bag, the owner and the airline to stay electronically connected throughout the flight.

Hong Kong Health Panic Deports Samsonite's Tokyo Chic
On Monday the US luggage maker Samsonite had recalled a few of its suitcases from Hong Kong stores ....

Lost Baggages Cost $2.5 Billion to Airline Industry in 2009
Some 25 million bags went missing in the world's airports in 2009, costing the airline industry ......

Most Owners of Smartphones Do an Hourly Check of Their Handset
Majority of smartphone owners in the United States compulsively check handsets at least hourly, ......

Last Year Smartphone Usage in Japan Almost Doubled
A recent survey has revealed that smartphone usage in Japan has nearly doubled over the past year .....