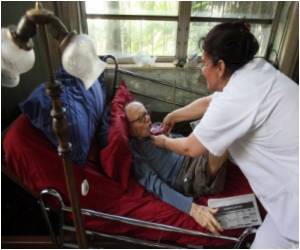 UK doctors appear to consistently oppose euthanasia and physician-assisted suicide (PAS), a review of research carried out over 20 years suggests.

The findings - which appear in the latest issue of the journal Palliative Medicine, published by SAGE - highlight a gap between doctors' attitudes and those of the UK public.

The study, carried out by Dr Ruaidhrí McCormack and colleagues Dr M Clifford and Dr M Conroy at the Department of Palliative Medicine, Milford Care Centre, Limerick, Eire, searched through literature from 1990 to 2010 and found 16 key studies. These examined UK doctors' attitudes to either assisted voluntary euthanasia (AVE), or PAS, or both. Qualitative and quantitative data were included.


Definitions of these terms are considered controversial. The authors were guided by the European Association for Palliative Care (EAPC) ethics task force, who defined euthanasia as: "a doctor intentionally killing a person by the administration of drugs, at that person's voluntary and competent request." PAS was further defined as: "a doctor intentionally helping a person to commit suicide by providing drugs for self-administration, at that person's voluntary and competent request". In both instances, the patient plays an active role and must provide explicit consent.

Sudden Infant Death Syndrome is death of a baby, under one year of age that occurs in sleep and cannot be explained.
Advertisement
The majority of doctors opposed AVE in all of the studies but one (11 of the studies examined attitudes to AVE). The majority of doctors were against PAS in eight of the ten studies examining this topic. One study was unclear due to the question phrasing, while a study of ICU physicians demonstrated majority support for PAS. Six studies asked doctors if they would perform these practices were they made legal, on average only about a quarter would be willing (PAS: 25 percent, AVE: 23 percent).

One of the strongest predictors of a doctor's unwillingness was religiosity, with the most faithful least likely to consider assisting death, or supporting its UK introduction. Other factors consistently highlighted were that palliative care reduces suffering and limits the need for assisted dying, the need for adequate safeguards were AVE or PAS introduced, and the idea of a profession to facilitate these practices that does not include doctors.

"Further studies are necessary to establish if subgroup variables other than degree of religiosity influence attitudes, and to thoroughly explore the qualitative themes that appeared," said McCormack. Themes such as AVE/PAS in the contexts of technological advancement, increased "medicalisation" and reducing futile medical treatment, an opt-out clause for individual doctors, and concern about patient's mental state and level of autonomy all merit future research.