EU:Curbing Air Pollution Could Save Life and Money 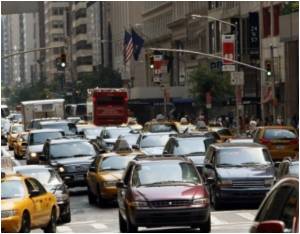 In an EU-funded study it was found that reducing air pollution in major European countries could save 19,000 lives per year, add life by two years and also save around 31.5 billion euros (43.4 billion dollars) in health costs.

Life expectancy in the United Kingdom is falling by almost 6 months due to air pollution from vehicles and power stations.
Advertisement

Only Stockholm was below the threshold of fine particulate pollution of 10 micrograms per cubic metre recommended by the UN's World Health Organisation (WHO), it found.


At the other end of the scale, Bucharest notched up 38.2 micrograms, Budapest 33.7 micrograms and Barcelona 27 micrograms per cubic metre.

Researchers in Denmark say that long-term exposure to low-level air pollution may increase the risk of severe chronic obstructive pulmonary disease (COPD).
Advertisement
Fine particulates are tiny airborne grains that can be drawn deep into the lungs, with the potential to cause respiratory and cardiovascular disease.

The pollution comes from traffic exhausts, which means that it is particularly pronounced near major roads.

In a sub-set of 10 cities studied by Aphekom, scientists estimated that between 15 and 30 percent of cases of childhood asthma could attributed to living close to busy roads.

Air pollution, which has already been linked to a range of health problems, may put women at risk of for another deadly disease.
Advertisement
<< A New Pacemaker
Drugs Agency Warns of Increase in Designer Drugs >>