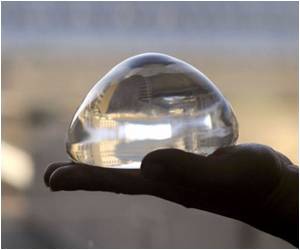 Governments could also set up registers to trace implants, a measure that does not exist in every EU country.


France vowed last week to strengthen the regulation and monitoring of prosthetics and called for EU-wide controls after several governments advised women to have implants made by French firm Poly Implant Prothese (PIP) removed.

It is as close to natural as prosthesis can go. Out goes silicon by the window. Now women are to be offered 'natural breast enlargements' using unwanted fat from other parts of their bodies.
Advertisement
"I am deeply concerned about the potential health impact for the many women, in Europe and in other parts of the world, who received faulty silicone breast implants manufactured by the French company PIP," said EU health commissioner John Dalli.

"The consequences for their health are still uncertain," he said, adding that he had ordered an in-depth study into the health impact of PIP implants.

Dalli has written to the EU's 27 health ministers urging them to take immediate action. He said the commission will present revisions to the medical devices legislation before the summer break.

More than 400,000 women around the world are thought to have received implants made by PIP, which shut in 2010 after it was found to have used substandard, industrial-grade silicone gel.

France's health ministry has denied reports of cancer risk from breast implants made by local firm, but has recommended women with the implants to have them removed.
Advertisement
<< Memory Enhancement by Stimulating Key Spot in Brain
Lady Gaga Battled Eating Disorders During Childhood >>

Drug Side Effects Calculator The Essence of Yoga Accident and Trauma Care Turmeric Powder - Health Benefits, Uses & Side Effects Blood - Sugar Chart Drug - Food Interactions Nutam (400mg) (Piracetam) Indian Medical Journals Drug Interaction Checker Loram (2 mg) (Lorazepam)
This site uses cookies to deliver our services.By using our site, you acknowledge that you have read and understand our Cookie Policy, Privacy Policy, and our Terms of Use  Ok, Got it. Close
×