Thorough cooking of fenugreek sprouts following outbreaks of E.coli linked to sprouts in France and Germany has been recommended by European Union food safety and disease prevention agencies. 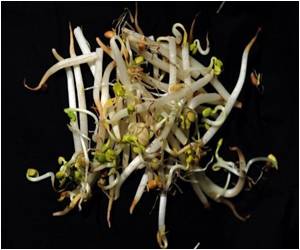 The two bodies conducted a study and said that they "strongly recommend to advise consumers not to grow sprouts for their own consumption and not to eat sprouts or sprouted seeds unless they have been cooked thoroughly".

The report by the European Food Safety Authority in Italy and the European Centre for Disease Prevention and Control in Sweden said sprouts are often sold as mixes and "during re-packaging cross-contamination cannot be excluded".

Raw fenugreek sprouts have been seen as a healthy ingredient for salads.

At least 48 people have died from an outbreak of a killer strain of E.coli bacteria centred in Germany and blamed on organic vegetable sprouts.

There has also been a separate outbreak in France linked by the government to a British sprout company in which 10 people have been taken ill.

Aloe vera juice provides anti-inflammatory action in the digestive system. 100 g of amla contains 600 mg of this protective vitamin.Sprouts are one of the densest sources of nutrition.

Selenium is a powerful anti-oxidant that prevents cell damage and helps in thyroid hormone production. Selenium is a trace mineral required by the body for proper growth and functioning.

Eating sprouts is a deliciously inexpensive way of obtaining protein, vitamins, minerals, and enzymes. Sprouts have the advantage of providing complete nutrition.

Every nutrition fad comes with its share of diet foods. While they seem healthy, many diet foods promote weight gain. This article will highlight the top diet foods that make you fat.

Good health and well-being depends on a leisurely breakfast. However, rushing our breakfast on account of work commitments is the biggest mistake we make.