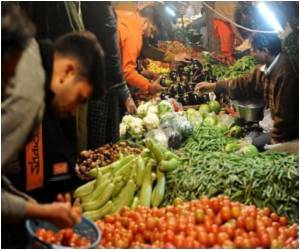 On Tuesday the Delhi High Court was informed by the union agriculture ministry that a board has been formed to frame a policy for periodic investigation to detect pesticide residues in vegetables and fruits.

In a joint affidavit filed by the ministry, the Food Safety and Standard Authority (FSSI), and Delhi government, it was stated that a six member committee has been constituted as per the court's order.

The agriculture ministry March 14 held a meeting with representatives of FSSI, Delhi government's health and family welfare department, the Indian Council of Agriculture Research, and directorate of plant protection, the court was told.


The division bench of Justice Sanjay Kishan Kaul and Justice Rajiv Shakdhar asked the government to include a non-government person in the committee as all its members are from the government.
Advertisement
The committee includes Dr. Sarita Bhalla, joint director of agriculture ministry as committee's chairperson, Dr. Dhir Singh, director of FSSAI, Dr. N.K. Sharma, principal scientist in agriculture ministry, S.M. Bhardwaj, food analyst at Delhi's department of food safety, Vipin Bhatnagar, joint director at plant protection quarantine and storage, and senior advocate V.K. Rao as its members.

The court had earlier directed the government to constitute a committee to prevent the rampant use of banned pesticides in vegetables and fruits that poses health threat to people.

The bench had also asked various central and state government authorities to hold meetings and come out with a solution to the problem.

The order of the court came after it took suo motu cognizance of a media report alleging rampant use of banned pesticides in vegetables and fruits.

During examination of an NGO's survey report, it was found that 35 varieties of vegetables and fruits, picked up by it from city markets and tested for pesticide content, were having various intoxicants beyond permissible limits.

The report by NGO Consumer Voice said that the amount of pesticides used by farmers in India was as much as 750 times higher than the European standards.

The court earlier formed a panel of lawyers to get examined the pesticide content in various vegetables samples at laboratories. The panel has so far examined over 10 types of vegetables.