Epigenetic Changes in Aging can Protect Risk of Alzheimer's Disease 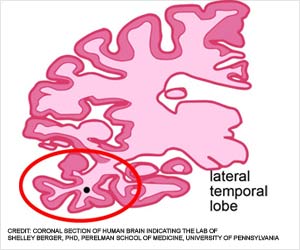 Epigenome alterations may occur much early and a link between aging and Alzheimer's disease (AD) has been found, which aids in drug development.

Although certain genetic variants increase the risk of AD, age is the strongest known risk factor. But the way in which molecular processes of aging predispose people to AD, or become impaired in AD remains a mystery.

Advertisement
‘Epigenetic changes during aging can protect against Alzheimer's disease (AD) and when these are lost, a person can become more susceptible to AD.’

A team of researchers from the Perelman School of Medicine at the University of Pennsylvania, publishing in Nature Neuroscience, profiled the epigenomic landscape of AD brains, specifically in one of the regions affected early in AD, the lateral temporal lobe. They compared these to both younger and elderly cognitively normal control subjects.


The team described the genome-wide enrichment of a chemical modification of histone proteins that regulates the compaction of chromosomes in the nucleus (called acetylation of lysine 16 on histone H4, or H4K16ac for short).
Advertisement
Changes to the way H4K16ac is modified along the genome in disease versus normal aging brains may signify places for future drug development. Because changes in H4K16ac govern how genes are expressed, the location and amount of epigenetic alterations is called the "epigenetic landscape."

"This is the first time that we have been able to look at these relationships in human tissue by using donated postmortem brain tissue from the Penn Brain Bank," said Shelley Berger, PhD, a professor of Cell and Developmental Biology in the Perelman School of Medicine and a professor of Biology in the School of Arts and Sciences. "Our results establish the basis for an epigenetic link between aging and Alzheimer's disease."

Berger, also the director of the Penn Epigenetics Institute, Nancy Bonini, PhD, a professor of Biology, and Brad Johnson, MD, PhD, an associate professor of Pathology and Laboratory Medicine, are co-senior authors of the new study.

H4K16ac is a key modification in human health because it regulates cellular responses to stress and to DNA damage.

The team found that, while normal aging leads to increasing H4K16ac in new positions along the genome and an increase in where it is already present, in great contrast, AD entails losses of H4K16ac in the proximity of genes linked to aging and AD.

In addition, the team discovered an association between the location of H4K16ac changes and genetic variants identified in prior AD genome-wide association studies. A three-way comparison of younger, older, and AD brain tissue revealed a specific class of H4K16ac changes in AD compared to normal age-established changes in the brain. This finding indicates that certain normal aging changes in the epigenome may actually protect against AD and when these goes awry, a person may become predisposed to AD.

"These analyses point to a new model of Alzheimer's disease. Specifically it appears that AD is not simply an advanced state of normal aging, but rather dysregulated aging that may induce disease-specific changes to the structure of chromatin - the combination of histone proteins and DNA." said first author Raffaella Nativio, PhD, a postdoctoral fellow in Berger's lab.

Accumulation of intercellular amyloid plaques and neurofibrillary tangles are the two hallmarks of AD that drive the death of neurons and the corresponding loss of cognitive abilities. However, expression of plaques and tangles is very late in the development of AD, while epigenome alterations might occur much earlier and represent targets to attack with medications.

The authors emphasized that this study does not suggest a cure for AD, but rather the possibility of finding ways to prevent nerve cell death and enhance the quality of aging. Their upcoming experiments aim to discover the physiological changes that cause the decrease of H4K16ac specifically in AD brains, but not in normal-aged brains.

Role of Epigenetics in Preeclampsia
Upregulation of DLX5 gene due to loss of imprinting triggers other preeclamptic genes that result .....

Epigenetic Influences of Chronic Pain Explored
One protein with a critical role in mediating epigenetic changes is methyl-CpG-binding protein 2 ......