Environmentalists Claim That Wine Sold in EU is Contaminated With Pesticides 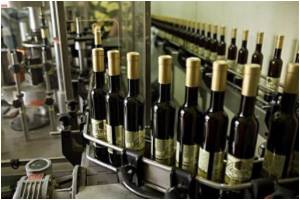 Environmentalists Claim That Wine Sold in EU is Contaminated With Pesticides

Pesticide Action Network Europe, an umbrella organisation for concerned groups in Austria, France and Germany, said it had "uncovered substantial evidence" of contamination by studying 40 sample bottles of wines.

The non-organic bottles of wine contained on average traces of four pesticides; one revealed 10 different pesticides.

The group's analysis found 24 specific pesticide contaminants, including five it said were classified by the European Union as being carcinogenic, mutagenic, reprotoxic or endocrine disrupting.

Of the six organic wines tested, only one contained traces of pesticides, at low levels and probably because of such chemicals in neighbouring plots.

"Many grape farmers are abandoning traditional methods of pest control in favour of using hazardous synthetic pesticides," Elliott Cannell of PAN Europe said. "This trend has a direct impact on the quality of European wines."

"Now the EU is reviewing the authorisation of pesticides, it must seize the opportunity to ban those that are dangerous," she said.

Wine Bottles May Be Changed From SuperSized To SmallSized

A new thinking about the increased alcohol consumption blames the cause on the bottle size of the wine too.

One drink of alcohol or red wine is good for your heart and blood vessels. However, two drinks undo all the good work.

Authorities in Japan, in the midst of a scare over Chinese-made dumplings, said Tuesday they also detected pesticide in meat buns imported from the country.

Organic Foods are produced by the natural method, without the use of chemicals like pesticides, fertilizers or sewage sludge.