English Standard For Nurses Put On Hold In Australia 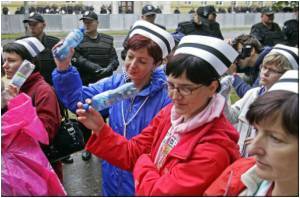 Australia has chosen to put on hold for a year the new English standard requirement for nurses from non-English-speaking backgrounds.

The Nursing and Midwifery Board of Australia (NBMA) had decided recently that all international students from non-English-speaking backgrounds would have to achieve level 7 English language competency as part of the registration process. Previously there was no such requirement.

The Catholic Health Australia is seeking to tap the wanderlust in nurses and midwives and that way woo them to work in rural areas, many of which are not adequately served on that front.
Advertisement

Possibly 400 international nursing students who graduated midyear were caught by changes to registration rules that took effect on July 1, as they were no longer eligible for registration.


Many of them had won placements in rural and regional areas desperate for more health professionals, but would have been forced to leave Australia when their student visas expired at the end of August.
Advertisement
However, on representation from various quarters, the NMBA met on Thursday night and resolved to allow the nurses to stay, granting temporary registration until May 2011 to allow them to obtain skilled visas and complete the English language tests.

The NMBA agreed to honour the former Victorian board's advice to overseas qualified nurses who are completing short courses that they will be registered without further English language testing if they successfully complete their course.

The Board also committed to review its English language standard.

But the English language testing requirement will still affect hundreds of nursing students who are now completing their courses and will have to undertake additional tuition to pass the exams.