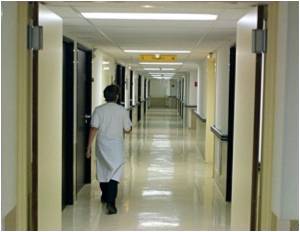 A first of its kind study to gauge the societal impact of endometriosis has shown that the condition hampers work productivity considerably among women who suffer from it.

Dr. Kelechi Nnoaham, from the Department of Public Health, University of Oxford, UK, said that the results of this multi-centre study would help highlight the previously unrecognised plight of an estimated 176 million women around the world whose lives are affected by endometriosis.

Endometriosis is a chronic painful disorder with endometrial tissue found at abnormal sites such as ovary and tubes. It causes pelvic pain and fertility issues.
Advertisement

Endometriosis is a painful inflammatory disease that, for many women, is chronic during their reproductive years.


For the study, the researchers recruited 1459 women aged 18-45 from 14 participating centres in ten countries across five continents to the Global Study of Women's Health (GSWH).

A noted US researcher has floated the Endometriosis Foundation of America (EFA) to promote awareness and treatment of endometriosis that often goes undiagnosed.
Advertisement
"Scientists already know that women with chronic pelvic pain report a lower quality of life. But the GSWH is the first study to assess whether women with endometriosis-related pelvic pain are affected differently than those with pelvic pain from other or no identifiable causes, which our study confirmed is indeed the case," said Nnoaham.

"Our research is the first ever prospective study to be undertaken in the field of endometriosis to assess the impact of the disease," she added.

The researchers found that there were substantial differences between those with endometriosis and controls.

"Loss of work productivity among employed women with endometriosis averaged ten hours per week, versus seven hours per week with those who had other disorders," said Nnoaham,

"And this was primarily due to reduced productivity rather than absence from work. Non-work related activities, such as housework, exercising, studying, shopping and childcare were also significantly impaired by the painful symptoms of the condition.

"Through its symptoms, endometriosis impairs quality of life in all the areas covered by the Short Form (36) Health Survey (SF-36), a standard tool for measuring health-related quality of life, except for physical functioning and mental health. As symptoms become more severe, quality of life worsens," she added.

The researchers also noted a diagnostic delay of seven years from when women first presented to their primary physicians with symptoms until they were diagnosed - clocking up an average of 6.7 consultations before referral to a specialist.

"We hope that our study will underline the need for raising awareness, reducing time to diagnosis, improving care, and increasing funding for research into finding better treatments for this distressing condition," concluded Nnoaham.

The study was presented at the 26th annual meeting of the European Society of Human Reproduction and Embryology.

European approval for Visanne, a drug which treats the gynecological disease endometriosis has been obtained, according to German pharmaceutical and chemical group Bayer.
Advertisement
Advertisement

Hormone Replacement Therapy can be likened to an oasis in the desert for women in the throes of ...

Painful pelvic region is a common complaint in females. What is pelvic pain -its causes and treatment with ...