Endometrial Diseases can Be Mimicked in a Petri Dish

Uterine conditions, specifically ones which afflict endometria such as endometriosis and cancer, can be grown in three-dimensional cell structures from diseased tissue of patients. The biobank can be utilized to uncover the disorders and test drugs.

Diseases of the endometrium are an important cause of infertility. One example is endometriosis, which is characterized by the growth of endometrial-like tissue outside the uterine cavity, resulting in chronic abdominal pain and painful sexual intercourse. Up to half of the patients are subfertile or infertile. Treatment usually requires surgery and permanent hormonal therapy, which is incompatible with pregnancy.


Although endometriosis affects one in ten women worldwide in their fertile years, the illness remains taboo. Public figures like actress Lena Dunham and, recently, fashion designer Alexa Chung, who both have endometriosis, are trying to raise awareness about the disease.


Another important disorder is endometrial cancer, the most common gynecological cancer, with tumors growing in and from the endometrium. We need a better understanding of and more effective treatments for both diseases. But in order to make progress, researchers have to be able to grow and study the endometrium in the lab. In 2017, Professor Hugo Vankelecom and his team at the Department of Development and Regeneration at KU Leuven developed 'organoids' from a healthy endometrium. These three-dimensional cell structures are grown in a petri dish from tissue fragments and cells of clinical biopsies. The organoids accurately replicate the original endometrial tissue.

With this new study, the team has gone even further, developing organoids from a broad spectrum of endometrial diseases, including endometriosis and endometrial cancer. "The organoids form 'avatars,' as it were, of the diseased tissue and can also be used to test the effect of drugs and new drug candidates," senior author Hugo Vankelecom (KU Leuven) explains. "Our study shows that endometrial cancer organoids of different patients are each in a specific way sensitive to chemotherapeutic drugs. Further research will show whether such tests can be of help in the clinical treatment of individual patients. This is an example of what we call personalized medicine."

"We now have a biobank of organoids from endometrium in healthy and diseased conditions. This can help us discover how an aberrantly functioning endometrium causes infertility and then look for treatments. Our new research model offers the potential to understand better and eventually treat uterine diseases such as endometriosis," concludes Vankelecom.

Uterine Cancer
Uterine Cancer or Cancer of the Uterus (or Endometrial Cancer) refer to cancers affecting the uterus or the womb in women. Learn about the different types of uterine cancer, symptoms, staging, diagnosis, prognosis, treatment, survival rates and ...
READ MORE 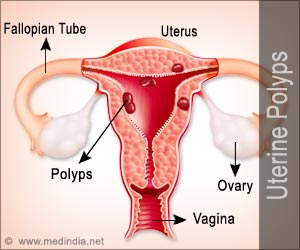