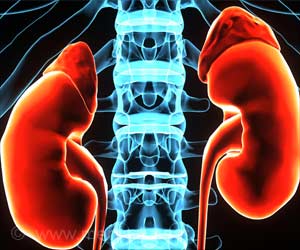 Extreme heat was associated with a higher risk of same-day hospital admission and same-day death among ESRD patients.

End-stage renal disease (ESRD) afflicted patients have a higher chance of getting hospitalized or worse face death due to extreme heat. This observational study looked at whether extreme heat is associated with increased risk of hospitalization or death among the vulnerable population of patients with end-stage renal disease (ESRD). The study included 7,445 patients with ESRD who underwent long-term hemodialysis treatment at clinics in Boston, Philadelphia, or New York from 2001 to 2012. During that time, 2,953 of the patients died.

Researchers used historical weather data to identify extreme heat days and investigated if exposures to such intense heat days increased the risk of hospitalizations and deaths among the patients. Excessive heat was associated with increased risk of same-day hospital admission and same-day death, with the risk of death higher among patients living with congestive heart failure, chronic obstructive pulmonary disease, or diabetes.


Risk varied between cities and by race/ethnicity. Limitations of the study include a lack of data to verify indoor conditions for patients and the study didn't account for multiple-day heat waves, which could present a more severe threat for patients with ESRD.
Advertisement
<< Sleep, Eat, Night Shift and Repeat
Atrial Fibrillation Common and Incurable, but Uncontrollable >>

Changes in Incidence of End-Stage Renal Disease from Lupus Nephritis
Changes in the incidence and outcomes of end-stage renal disease (ESRD) in the U.S. between 1995 ......