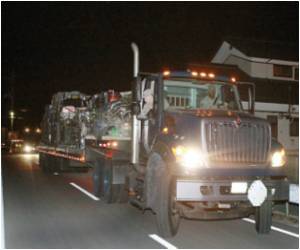 Repeated unnecessary 911 calls are a common drain on the manpower and finances of emergency medical services, but a pilot program that identified Baltimore City's top 911 callers and coupled them with a case worker has succeeded in drastically cutting the number of such calls while helping callers get proper care.The program, called Operation Care, was conceived and implemented by the non-profit agency Baltimore HealthCare Access and ran as a three-month pilot in 2008. Now, a newly published report of its results appearing in The American Journal of Emergency Medicine can help illuminate strategies for other emergency medical services (EMS) departments around the country that may be plagued by the same problem, says the report's lead author.

"The original idea was to help these frequent callers get better access to medical and other care and, in doing so, Baltimore City ended up saving money and resources, a welcome side effect," says lead author Michael Rinke, M.D., a pediatrician and a quality and safety expert at Johns Hopkins Children's Center.

Japanese researchers have come up with a computer program, which can tell if you are about to die by listening to your voice when you make an emergency call.
Advertisement

As fire departments around the country continue to get their budgets slashed, finding ways to trim costs while maintaining the same level of service will be increasingly important, the researchers say.


In three months, the program generated savings of more than $14,300, more than $6,300 of which was for the city fire department. The real savings are probably greater, as this number did not factor in any money saved from unnecessary trips to the ER and freeing up ambulances for other callers.

An initiative is underway to improve emergency medical care for Illinois' youngest patients.
Advertisement
The Baltimore City Fire Department, which responds to nearly 150,000 emergency calls each year, has continued to fund the program, providing a nurse and a case manager for repeat 911 callers.

In 2007, two Baltimore City residents were responsible for more than 60 emergency calls, another resident made 110 calls to 911, and yet another one made 147 such calls, the investigators say. Each 911 call requires EMS to dispatch an ambulance to the caller.

Repeated 911 callers, the researchers reasoned, may face problems such as lack of health insurance and access to routine medical care or an inability to navigate the labyrinth of healthcare services. The findings of the study suggest they were mostly right. Examining a year's worth of 911 call logs, the researchers identified Baltimore City's 25 most frequent 911 callers, 10 of whom enrolled in the three-month program for weekly sessions with a case worker who assessed their medical needs, taught them how to navigate the health care system, put them in touch with primary care physicians and specialists, referred them to various support programs and educated them on ways to limit 911 calls to true emergencies.

Collectively, the 10 callers made 520 calls to 911 in the year preceding their enrollment. Based on their call pattern from the previous year, the researchers estimated that these 10 people would make 100 calls to 911 during the three months of the program. Somewhat to the researchers' surprise, there were only 57 calls, nearly half as many as they had predicted.

Nine of the 10 patients had insurance, mostly through Medicare. All 10 patients had two or more chronic conditions, including hypertension, diabetes and heart disease. Seven had either a mental health or a substance abuse problem or both. The average age was 60 years, ranging from 39 to 89 years. The case manager referred patients to insurance assistance programs, medical specialists, adult-care services, food services like Meals on Wheels, psychiatric evaluation and support groups for substance abuse. Nearly 70 percent of the referrals were to non-medical services.

"This program highlights the importance of simple interventions that can yield powerful results," says co-investigator Kathleen Westcoat, M.P.H., of Baltimore HealthCare Access. "For example making sure that a diabetic patient doesn't run out of strips for the glucose monitor can prevent a frantic 911 call for a non-emergency."

None of the patients reported that they hesitated to call 911 in true emergencies and said that they experienced no adverse health effects as a result of the program. The investigators caution that though these findings are insightful, their relevance is difficult to gauge because they are based on a small number of patients.

Color Blindness Calculator Hearing Loss Calculator Sanatogen Loram (2 mg) (Lorazepam) A-Z Drug Brands in India Drug Interaction Checker Post-Nasal Drip Diaphragmatic Hernia Find a Hospital The Essence of Yoga
This site uses cookies to deliver our services.By using our site, you acknowledge that you have read and understand our Cookie Policy, Privacy Policy, and our Terms of Use  Ok, Got it. Close
×