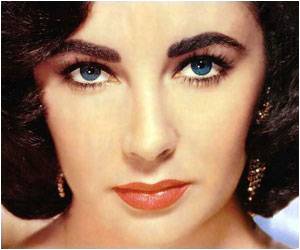 Hollywood actress Dame Elizabeth Taylor died in Los Angeles at the age of 79 and a host of Hollywood stars have paid tribute to the 'extraordinary woman'.

Her passing was announced on Wednesday around 1300 GMT, prompting a slew of reactions from famous fans, friends and former associates, reports the BBC.

Her eldest son, Michael Wilding led the tributes in the following statement:


"My Mother was an extraordinary woman who lived life to the fullest, with great passion, humour and love.

"Though her loss is devastating to those of us who held her so close and so dear, we will always be inspired by her enduring contribution to our world.

Actress Elizabeth Taylor has been admitted to a Los Angeles hospital to treat symptoms of congestive heart failure.
Advertisement
"Her remarkable body of work in film, her ongoing success as a businesswoman, and her brave and relentless advocacy in the fight against HIV/AIDS, all make us all incredibly proud of what she accomplished.

"We know, quite simply, that the world is a better place for Mom having lived in it. Her legacy will never fade, her spirit will always be with us, and her love will live forever in our hearts."

So sad to hear about my beautiful friend Elizabeth Taylor.

We made a movie together many years ago and became friends. I got to know a beautiful woman, a wonderful actress and a great human being.

Like so many others I will miss her very much.

Michael Caine appeared with Taylor in the 1972 film X, Y and Zee.

We have just lost a Hollywood giant. More importantly, we have lost an incredible human being.

Elizabeth Taylor earned her fame with her extraordinary talent as a young actress, making her first movie at the tender age of nine. She earned our adoration for her stunning beauty and for being the very essence of glamorous movie stardom.

And she earned our enduring love and respect for her compassion and her courage in standing up and speaking out about AIDS when others preferred to bury their heads in the sand.

Elizabeth Taylor was a great friend, a great star and one gutsy woman.

She was so special. You won't see the likes of her again.

One of the great movie stars of all time, on and off screen.

Dame Elizabeth Taylor has refused to undergo any further surgeries despite the crippling neck pain she has.
Advertisement
Advertisement
This site uses cookies to deliver our services.By using our site, you acknowledge that you have read and understand our Cookie Policy, Privacy Policy, and our Terms of Use  Ok, Got it. Close
×