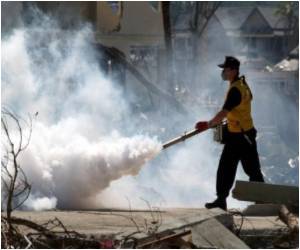 Researchers have found that malaria resistant to artemisinin medication has almost disappeared from certain areas in western Cambodia, according to a joint statement from the WHO and Cambodia's health ministry.

The WHO warned early last year that the emergence of parasites resistant to artemisinin along the Cambodia-Thai border could "seriously undermine" efforts to bring the disease under control.


But initial results from the screening of 2,782 villagers in Cambodia's Pailin province found only two cases of falciparum malaria, the deadliest type of the disease and the one in which resistance to artemisinin has emerged, it said Tuesday.

Encyclopedia section of medindia gives general information about About Malaria Causes
Advertisement
Duong Socheat, director of Cambodia's National Centre for Malaria Control, said the results suggested the efforts are "significantly reducing the cases of malaria and could ultimately eliminate the resistant parasites from the area."

The project, launched last year, has distributed more than half a million mosquito nets and trained and equipped more than 3,000 village malaria workers in diagnosis and treatment on both sides of the border, it said.

"We're optimistic that it might work," project manager Najibullah Habid told AFP. "The results are encouraging."

New artemisinin-based medication has been largely credited in recent years for increasing recovery rates from the mosquito-transmitted disease that kills one million people a year, mostly in Africa.

It was regarded as a replacement for older drugs that were fast becoming useless in several areas of the world as the malaria parasite developed resistance to them. Last year, 270 people died from malaria in Cambodia.