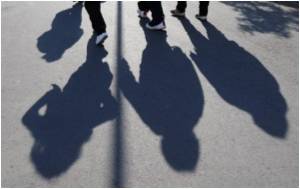 Increased blood levels of high-density lipoprotein (HDL) or "good" cholesterol which is considered protective against heart disease, may actually have the opposite effect in women with Type 1 Diabetes.

The study, abstract number 0098-OR, included 658 men and women enrolled in the Pittsburgh Epidemiology of Diabetes Complications Study, a long-term prospective examination of childhood onset type 1 diabetes that began in 1986. Participants were diagnosed with type 1 diabetes between 1950 and 1980.

HDL cholesterol is known as "good" cholesterol because it helps prevent arteries from becoming clogged. High levels of HDL cholesterol, over 60 milligrams per deciliter (mg/dL), generally protect against heart disease, while low levels (less than 40 mg/dL for men and less than 50 mg/dL for women) increase risk.

Mice with type 1 diabetes have been successfully cured using a sophisticated nanotechnology-based vaccine by scientists at University of Calgary in Alberta, Canada.
Advertisement
"Although high levels of HDL are typically associated with decreased risk for cardiovascular disease, this may not be the case for women who have type 1 diabetes and HDL in the upper ranges," said Tina Costacou, Ph.D., lead author of the study and assistant professor of epidemiology, University of Pittsburgh Graduate School of Public Health. "We need to examine this relationship further, but our study suggests that too much of a good thing may not always offer protection and may even be harmful for women with type 1 diabetes."

The mechanism behind how destructive immune cells gain access to insulin-producing cells and help cause diabetes has been discovered
Advertisement
<< Unhealthy to Live Close to a Road
Wikipedia - Is It a Home Base for Paedophiles ? >>

An abnormal immune response to wheat proteins may be the cause of type 1 diabetes in about 50 per cent of its cases, according to a study.
Advertisement
News A-Z
A B C D E F G H I J K L M N O P Q R S T U V W X Y Z
What's New on Medindia

Stress and the Gender Divide
News Archive
News Resource
Advertisement
News Category
Diabetes and Urinary Tract Infections (UTIs) Link you Need to Know Simple Procedure for Diabetic Foot Ulcers Proves Effective Is There a Link Between Fatty Liver Disease and Diabetes? Cooking Intervention and Diabetes Self-management: Is There a Link? Rhodiola rosea Root can Keep Type 2 Diabetes at Bay
More News
Sign up for Wellness Consult a Doctor Sign up for Selfcare