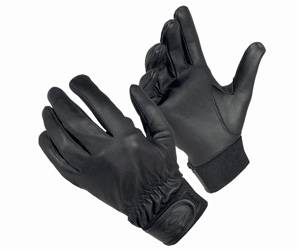 A set of sensors in these gloves, made by students from Ukraine, including an accelerometer, compass, gyroscope and flex sensors in the fingers, translate movement into signals that a computer converts into speech.

Hearing aid is an electronic device that helps people with hearing loss to hear more and communicate more effectively. Only 1 out of 5 people benefit from a hearing aid.
Advertisement

The person wearing the gloves draws a shape in the air and that information is transmitted to them via Bluetooth to a smartphone, which matches the shape up against a set stored in memory. A match produces a sound, Discovery News reported.


The gloves were designed by Pasternikov Anton, Osika Maksim, Yasakov Valeriy and Stepanov Anton, students at the Donetsk branch of the "Step" Computer Academy.

A little difficulty in hearing is natural with the aging process but if the auditory damage occurs because of other reasons, it can be a cause for concern. Take this quiz to find out how much you know about hearing loss.
Advertisement
The project, called EnableTalk, was a winner of the software design category at Microsoft's Imagine Cup contest, where students from around the world showcase technology projects.

However, there are some limitations.

Firstly, the gestures stored in the computer are not yet sign language Sign language is as complex as any other language, and American Sign Language differs from its French or German counterpart. So far, the system can only read a dozen or so movements.

Another challenge will be durability and usefulness. Most people, deaf or not, don't walk around wearing gloves all the time, and the problem is multiplied when one considers jobs that require using hands.

Hospitals Compromise on Hand Hygiene Because of Latex Gloves

More News on:
Why Do We Wink?