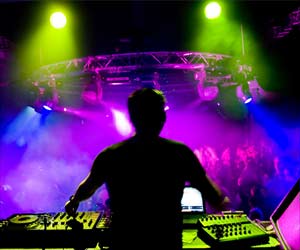 People who attend electronic dance music (EDM) parties frequently use many drugs simultaneously and experience severe side effects with some ending up in the ED, according to the researchers at New York University School of Medicine and Rutgers University.

The study, published in the International Journal of Drug Policy, is the first to survey adverse effects associated with use of dozens of different drugs and could improve treatment for drug-related emergencies.

The researchers surveyed 1,029 people ages 18 to 40 as they entered EDM parties in New York City in 2018. They were asked about their use of drugs -- including opioids, alcohol, marijuana and other common illegal drugs -- over the past year, whether they had experienced adverse effects after using the drugs, and if they sought medical care.


Adverse effects were defined as harmful or very unpleasant effects in which users were concerned about their immediate safety.

"Alcohol use was associated with the greatest number of adverse outcomes, perhaps due to its ubiquitous nature and its impact on judgment," said study co-author Lewis Nelson, a professor of emergency medicine at Rutgers New Jersey Medical School.

"Our findings suggest that drug use is not only prevalent among people who attend electronic dance music parties, but that there's also a substantial amount of drug-related harm," said lead author Joseph Palamar, an associate professor at the NYU School of Medicine.

About 37 percent of adverse effects occurred after marijuana use and more than one-third of these ate edible marijuana. "This may be the result of consuming too many edibles to accelerate the high or to experience a more intense or prolonged high.

The increasing, and unpredictable, potency of cannabis also contributes to the difficulty in controlling the dose consumed" Nelson said.

One-fifth of those using Ecstasy or Molly reported an adverse effect. Of these, 14 percent felt the need to visit an emergency department, and one-half of those people did seek such help. Prescription opioids were used less than other drugs; however, 41 percent of nonmedical users had experienced an adverse reaction, with 14 percent making a trip to an emergency department. "Opioids are a high-risk group of drugs, particularly when used in combination with alcohol or other drugs," said Nelson.

Although infrequently used, synthetic cathinones - also known as "bath salts" -- were most likely to result in a hospital visit. "Our finding about 'bath salt' use leading to emergency room visits is particularly alarming because we've been finding that a lot of people who think they're using Molly are often using 'bath salts' without realizing it," Palamar added.

"While we couldn't deduce to what extent adverse effects occurred at these parties, these are high-risk venues due to a combination of drug use and environmental factors," he continued. "Dancing for hours, hot temperatures, and dehydration appear to exacerbate the risk for adverse effects among those who use drugs."

More News on:
Urology Paediatric Emergencies Raga Therapy for Healing Mind and Body How to Zumba Dance Your Way to Good Health

How to Zumba Dance Your Way to Good Health
Zumba dance workout is a combination of Latin music and International music. Learn to Zumba, to make...