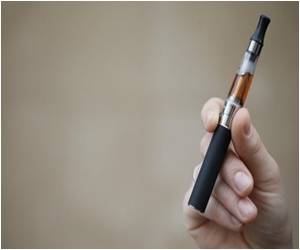 Electronic cigarettes are harmful and may cause serious health problems too, doctors suggest.

The potential dangers of electronic cigarettes have members of the Pennsylvania Medical Society concerned, and until more is known about the products, the state's physicians believe they should be treated no differently than tobacco products.

Meeting at the Pennsylvania Medical Society's annual House of Delegates in Hershey on October 26-27, more than 200 physicians voted to address the issue by calling upon the state legislature to pass electronic cigarette laws that have safeguards equivalent to existing tobacco laws, including taxation and banning sales to minors.


Furthermore, the doctors want Pennsylvania schools to include the potential dangers of electronic cigarettes in their tobacco education efforts.
Advertisement
The issue was presented by the Berks County Medical Society.

"For some it may be a used to beat their nicotine addiction. On the other hand electronic cigarettes are addicting. And many of the marketing materials appear to be geared to younger individuals," he said.

According to Dr. MacLeod, there are a lot of unknowns about electronic cigarettes, and until more facts are known, they should not be treated any differently from traditional cigarettes.

Government Approval Mandatory for Electronic Cigarettes in US
Electronic cigarettes must get regulatory approval before being marketed in the US, declared the ......

Electronic Cigarette Makers Go to War Against EU
Users and makers of electronic cigarettes went to war against EU, as it plans to class the devices ....

Electronic Cigarette Explodes in Mans Mouth
A 57-year old man in Florida suffered local burns after his electronic cigarette exploded in his ......