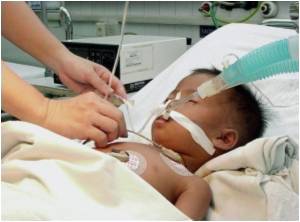 Near death experiences have always seemed spooky, until now. Scientists have solved the mystery of why people "brought back from the dead" report powerful spiritual experiences.

In the study, researchers, who studied brainwaves of dying patients, found a surge of electrical activity in the brain moments before their lives ended.


According to the boffins, this surge may be the cause of near-death experiences, the mysterious medical phenomena in which patients who have been revived when close to death report sensations such as walking towards a bright light or a feeling that they are floating above their body, reports The Times.


Individuals who experience the sensation, call it a religious vision and treat it as confirmation of an afterlife. In fact, many revived patients have reported being bathed in bright light or suffused with a sense of peace as they start to walk into a light-filled tunnel. Some have even said they have experienced visions of religious figures such as Jesus or Muhammad or Krishna.

However, the scientists behind the new research believe that is wrong.

"We think the near-death experiences could be caused by a surge of electrical energy released as the brain runs out of oxygen," said Lakhmir Chawla, an intensive care doctor at George Washington University medical centre in Washington.

"As blood flow slows down and oxygen levels fall, the brain cells fire one last electrical impulse. It starts in one part of the brain and spreads in a cascade and this may give people vivid mental sensations," he added.

Chawla's research is published in the Journal of Palliative Medicine.